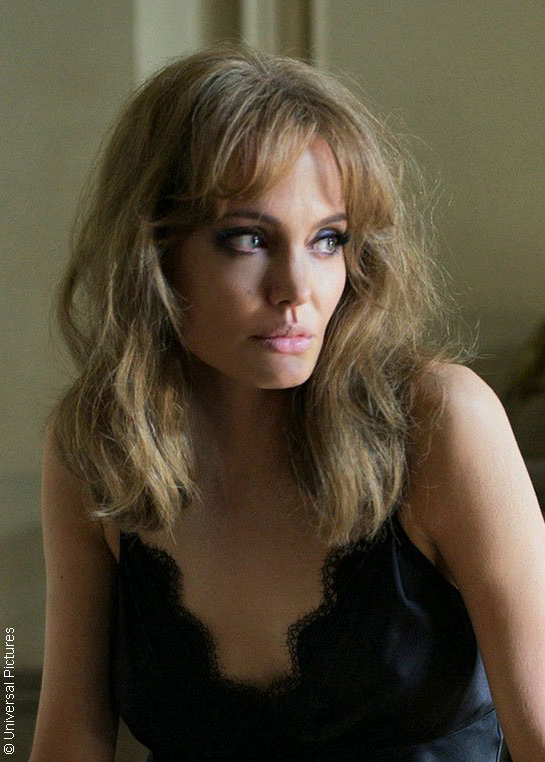 , pictured at left in her last film, By the Sea, is currently in London filming Maleficent 2. According to Radaronline.com, the actress has reportedly fallen in love with a British millionaire, who’s an art dealer. They met through mutual friends.

Angelina’s six children, who are on location with her for the filming of the sequel, have already met her new man. A source told the gossip site: “She’s introduced him to the kids already, which is a sure sign that this is more than just a fling. They will always be her priority and she wouldn’t take that step if she didn’t see this romance lasting.”

Their father, Brad Pitt, visited the children for Father’s Day, although the couple are still in the midst of a custody battle, with a judge forcing Angelina to allow Brad visitation.

Sources on set say Angelina is so secretive that she refers to her new boyfriend only “by one initial.” She’s waiting for her divorce from Brad to become final before she reveals more. In the meantime, the source says she’s enjoying “romantic weekends in the English countryside, away from prying eyes, whenever they get the chance.” ~Alexandra Heilbron