Features > Angels & Demons: An inside look into the ultimate Roman adventure

Angels & Demons: An inside look into the ultimate Roman adventure 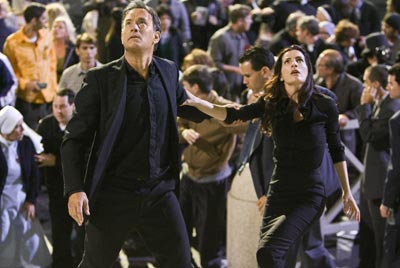 From the narrow, cobblestone streets to the wide and marvelous piazzas to the ancient ruins that lie amidst a bustling city, Rome, Italy, is a fascinating place that needs to be experienced and discovered. It also happens to be the setting for the upcoming movie Angels & Demons, based on the book by Dan Brown (The DaVinci Code). Angels & Demons is a non-stop thriller that follows Harvard symbologist Robert Langdon (Tom Hanks) who embarks on a dangerous journey to unravel a mysterious path set by the ancient secret society, the Illuminati, who have suddenly surfaced from the shadows to carry out the final phase of its legendary vendetta against its most hated enemy: the Catholic Church. Langdon’s fears that the Illuminati are indeed back in action are realized when a messenger of the Illuminati (the “Assassin” played by Nikolaj Lie Kaas) announces on the eve of Conclave (the process where Cardinals elect a new pope) that he has kidnapped four important Cardinals and hidden an unstoppable time bomb at the very heart of Vatican City. Racing against time, Langdon, along with scientist Vittoria Vetra (Ayelet Zurer), Inspector Olivetti (Pierfrancesco Favino) and Camerlengo Patrick McKenna (Ewan McGregor) embark on a frantic hunt through sealed crypts, dangerous catacombs, deserted cathedrals and secret vaults in order to stop what could ultimately be the most catastrophic event in history.

The Path of Illumination

Where’s the best place to see the world premiere of Angels & Demons? Rome, of course! While in Italy, I got a chance to experience first hand the mystery and intrigue of the sites set out in Angels & Demons. From underground catacombs to famous churches and statues, the Path of Illumination Tour, based on the story, puts you right in the middle of the big-screen adventure.

Who are the Illuminati? In 1600 Rome, one of the most influential secret societies in history was born: The Illuminati (The “enlightened” ones). Gian Lorenzo Bernini and Galileo Galilei, the twin heads of the society, scattered throughout the Eternal City clues and enigmas, which, once solved, would lead only a few Illuminati adepts to a hidden lair known as the Church of the Illuminati. Their ideas of innovative science and research were condemned by the Catholic Church and, over the years, were persecuted, which forced them into a secret underground society.

The World of Angels & Demons: The Illuminati sites and clues

In order to prevent a disastrous event, Robert Langdon must find Church of Illumination by finding the Illuminati’s Four Altars of Science, which represent the four elements: earth, air, fire and water. Langdon gets a clue from mysterious text (from the secret Vatican archives) written by John Milton, which is his only guide. As Langdon embarks on his quest, the Vatican Cardinals go into lock down in Michaelangelo’s famous Sistine Chapel while Langdon and crew travel to major sites and landmarks to find the altars including:

Langdon and Vittoria visit this ancient Roman temple, with its central oculus, (meant to let the devil’s souls in) in order to get a clue to find the altar of “Earth.” It leads them to the Chigi Chapel (one of Raphael’s most important architectonic works) in the church of Santa Marie del Popolo where Bernini’s sculpture Habakkuk and the Angel points the way to the next location. 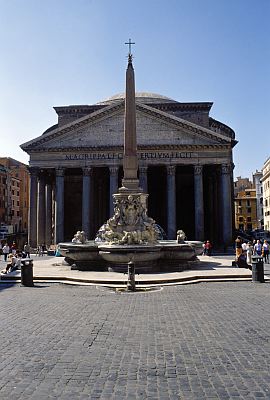 Robert Langdon’s second location to find the altar of “Air.” St. Peter’s Square was designed by Bernini, and although the location appears authentic the piazza was actually recreated on a film lot. Although, director Ron Howard has admitted to using tiny hidden cameras to film in these various locations. 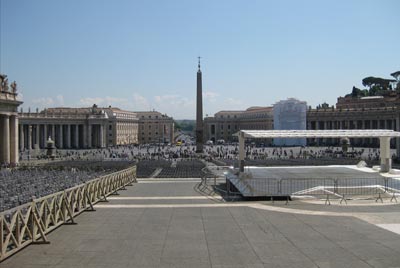 In the movie Robert Langdon stops in the church of Santa Maria della Vittoria on Piazza Barberini and finds the “Fire” Altar. The church contains Bernini’s famous Ecstasy of St Theresa, whose spear points Langdon to the way to the next altar.

The next altar found is in the Piazza Navona where Bernini’s Fountain of the Four Rivers is located. It also contains an obelisk statue, a symbol of the ancient Illuminati. 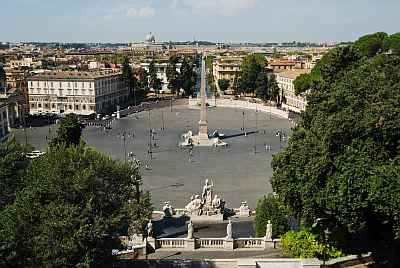 Castel Sant’Angelo and Il Passetto -“The Church of Illumination”

Castel Sant’Angelo was originally created to be the tomb for the Roman Emperor Hadrian. This marks the end of Robert Langdon’s quest. But the danger continues as he and Victoria find “Il Passetto,” the passage between the Vatican and the castle, which was built in 1277, so that the pope could escape easily to the castle if he was in danger. 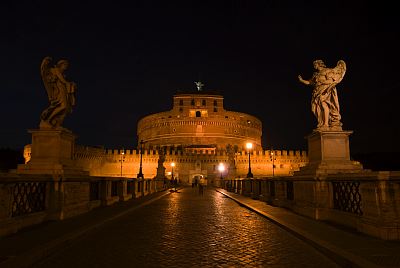 St. Peter’s Square is where the film’s climax happens. The enormous square is adorned with huge statues created by Bernini. It is also the entrance to St. Peter’s Basilica. You can also experience the mysterious adventure by entering our “Angels & Demons inspired Italy Contest.” Log on to tribute.ca for your chance to win a trip for two to Rome and experience the movie in real life. 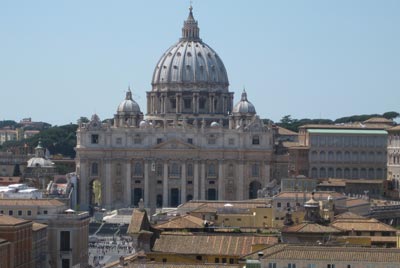 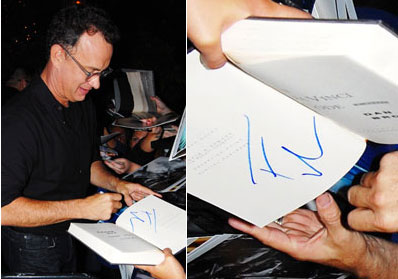 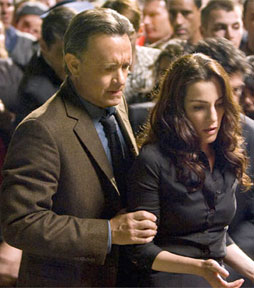 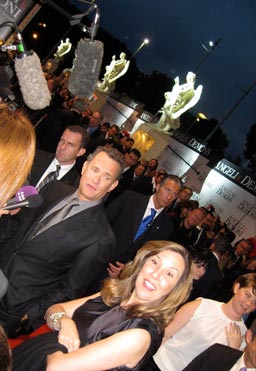