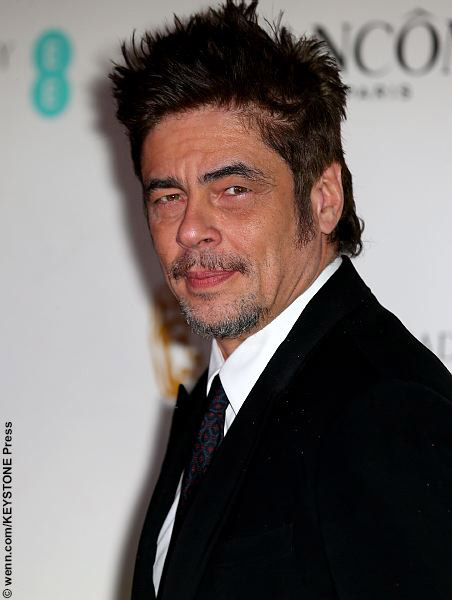 Johnny Depp has yet another ardent defender in his corner in the ugly separation battle with estranged wife Amber Heard — and this time it’s in the form of his Fear and Loathing in Las Vegas co-star Benicio Del Toro.

In an interview with the New York Daily News‘ Confidenti@l on Tuesday, the Oscar winner appeared doubtful of the Danish Girl star’s allegations of abuse, saying, “It sounds a little bit like there’s something really twisted about that girl … but I don’t know the specifics.”

Amber was granted a temporary restraining order against Johnny just days after filing for divorce on May 23, citing “years of physical and psychological abuse.” Photos of the actress’ wounds from the alleged abuse later surfaced.

The Sicario star called Johnny “a nice guy, very caring, very smart,” and referenced Johnny’s mother Betty Sue Palmer’s death on May 20 as another reason to be wary of Amber’s intentions.

“It seems the fact that his mom passed away and she filed for divorce two days later and then she wants money and she’s saying she got hit, it’s almost like, wait, I saw them not too long ago. Maybe it was January, a dinner for the Oscars or something like that,” the actor said. “He was there with her and they were fine.”

Amber and Johnny are due back in court on June 17.

Do you think Benicio is completely out of order or completely justified? Share your thoughts with us below! ~Shelby Morton