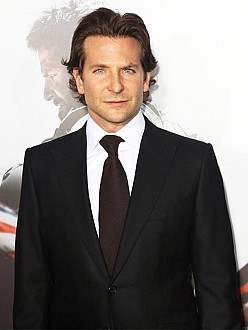 Bradley Cooper ate 8,000 calories a day to prepare for American Sniper. The 40-year-old actor – who plays U.S. Navy SEAL Chris Kyle in the action film – had to gain more than 40 lbs for the role and was forced to eat four times the recommended calorie intake allowance.

The film’s writer/producer Jason Hall said: ”He was eating about every 55 minutes or something like that, and I want to say it was about 8,000 calories a day.”

Bradley also had to gain more muscle for his role and was committed to an exercise plan, which saw him work out for four hours every day. Jason added to PEOPLE magazine: ”Bradley used his own trainer, who was busting on him. I think he was working out four hours a day for several months. He was determined to do it naturally, he didn’t want to use any hormones or steroids or anything. He was just very systematic about it and took his trainer with him wherever he went.”

Meanwhile, the Hollywood hunk – who has been sober since August 2004 after struggling with a drug and alcohol addiction – previously revealed he refused stimulants to help him bulk up for the movie role.

He said: ”I did it naturally. Because I’ve been sober for 10 years and didn’t want to do anything. I had a realistic conversation: Can I do this in three months naturally? Can I gain 30 pounds of f***ing muscle? I didn’t know if I would be able to do it or not. Thank God – luckily – my f***ing body reacted fast.”