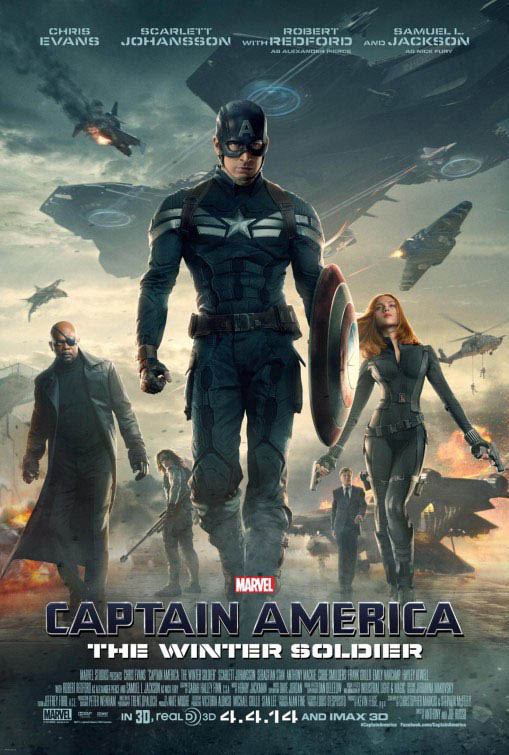 There was no contest when it came to which movie scored the biggest at the box office this past weekend. Captain America: The Winter Soldier, the sequel to Captain America: The First Avenger (2011), earned a 4-star Tribute rating from our readers and an estimated $96.2 million worldwide, setting a new record for the best April opening. It also broke the Canadian record for the highest grossing weekend box office for a film released in April. Last week’s number one film, Noah, fell to second place, earning $17 million in its second weekend — a staggering 61 per cent drop, but still bringing its current total to a respectable $72.3 million with a 3-star Tribute rating. Coming in at number three is the young adult hit Divergent, which earned another $13 million for a total of $114 million and a high ranking of  four Tribute stars. In the number four spot, God’s Not Dead earned an additional $7.7 million, adding to its now impressive total of $33 million and scoring a high rating of four Tribute stars. Rounding out this weekend’s top five is The Grand Budapest Hotel, earning $6.3 million for a total of $33.4 million and four Tribute stars.