ALL THEATRES ARE CLOSED UNTIL FURTHER NOTICE, DUE TO COVID-19.
News > Cheryl Cole dating American dancer 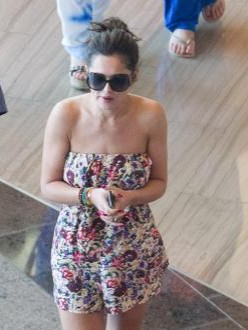 Cheryl Cole reportedly has a new boyfriend. The singer is apparently in her first real relationship since splitting from ex-husband Ashley Cole. The 29-year-old star was pictured with American dancer Tre Holloway leaving a London restaurant. A source told The Sun: "It's early days but they are an item." They met when Tre appeared alongside Cheryl as she performed her single "Promise This" on 2010's X Factor live finals. Cheryl met up with him again when she celebrated her 29th birthday in Las Vegas, Nevada last month - and the pair have been inseparable ever since. A source said: "It's going well. They really like each other." Cheryl has had a string of secret dates with Tre and has apparently been out with him twice this week alone. On Monday they enjoyed a double date with Girls Aloud bandmate Kimberley Walsh and her boyfriend Justin Scott at Nobu restaurant in West London. Then on Tuesday she put on a black mini-skirt and vest top for another meal with him at Roka restaurant in central London. A fellow diner there said: "They are clearly very close. Several times Cheryl leaned in to him and touched his knee as he spoke. There is certainly a spark between them." The former X Factor judge has never admitted seeing anyone since her divorce from England and Chelsea ace Ashley Cole, 31, in 2010 - although there were rumors about her friendship with dancer Derek Hough.