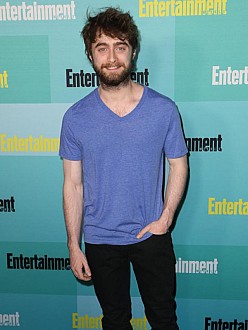 The 26-year-old actor – who shot to fame playing Harry Potter in the movie adaptations of J.K. Rowling‘s books – holds £59,393,476 in his company Gilmore Jacobs, according to reports filed to Companies House.

This is £2 million more than he had the year before, according to the Daily Mirror.

The new accounts date up until March 2015.

Meanwhile, Daniel recently admitted he finds watching his own movies ”pointless” because he is so critical of himself.

He explained: ”I stopped watching myself quite recently because it’s never great. Sometimes I’ll be happy, but I’ll never be like, ‘Oh yeah, that was awesome.’ I always focus on the stuff that I would rather have done differently and it’s a bit pointless after a while.”

He insisted he was determined to become a huge success after Harry Potter because he wanted to prove the doubters wrong.

He said: ”Sometimes I think it’s useful for me to believe that’s what people are thinking. It’s always been a driving factor, that people assumed we were going to disappear or become f**k-ups. That’s always been a motivation. To prove those people wrong.”