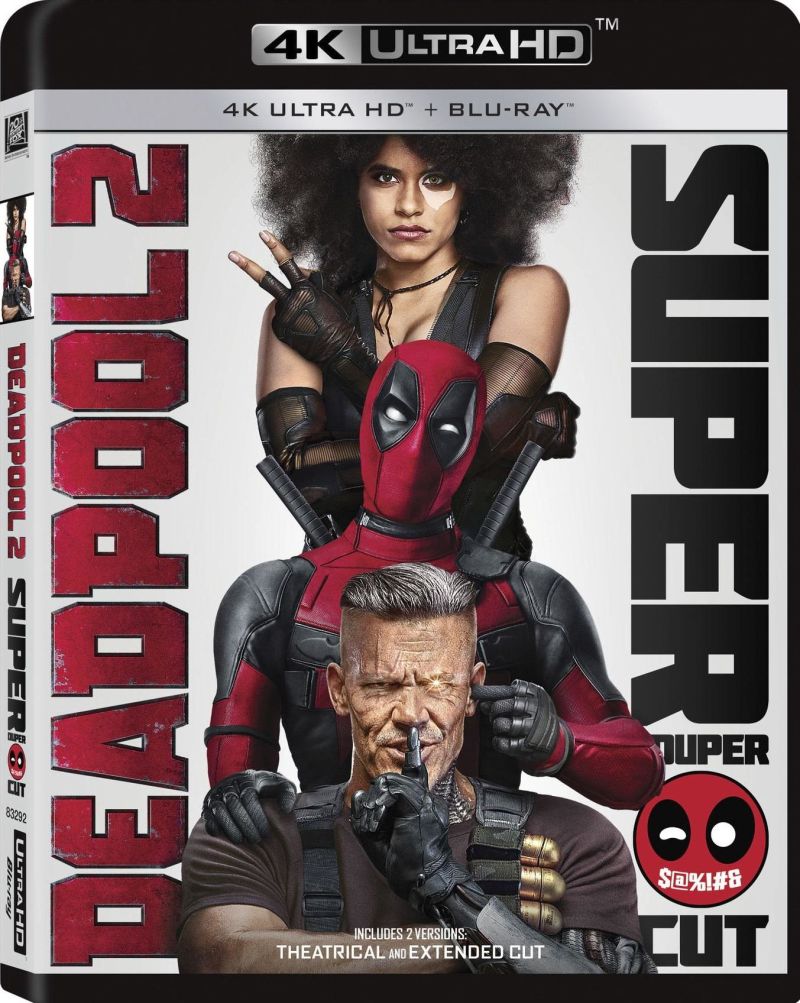 I have never enjoyed watching a trash talking superhero film more than this one. Deadpool 2 is much more hilarious, tone-deaf, violent and just as saucy and raunchy as the first. In fact, it makes several jokes at the expense of the Marvel and DC universe that will make you LOL. Even Ryan Reynolds is a butt of some of these jokes. Hint: Green Lantern. Let’s just leave it at that.

The film opens with Wade Wilson/Deadpool warning us that this is a family movie — he and his girlfriend Vanessa (Morena Baccarin) are talking about having kids. That’s about as family-friendly as this film gets.

Then Wade is attacked and taken to Professor Xavier’s estate to heal. Colossus (an X-Men mutant) tries to get Wade to become an X-Man. He takes him on his first task — to rescue a young mutant named Russell. Deadpool fails miserably in this rescue mission.

While trying to save Russell, Deadpool realizes he has another force to worry about. It’s a cyborg named Cable (Josh Brolin) who has traveled back through time to kill Russell, who will grow up and kill Cable’s family in the future. However, attempting to make a little effort to be the good guy, Deadpool tries to not only save Russell, but also stop him from becoming a killer. Yes, he has a heart somewhere beneath that red spandex suit.

He proceeds to assemble his own team of superheroes that he names X-Force. You see what he did there? As incompetent as they come, Deadpool loses each one of them except for Domino (Zazie Beetz), whose super power is… good luck. Yup. Deadpool then has to face Cable himself (whom he occasionally likes to call Thanos). #canteven

Ryan Reynolds is unstoppable as the Merc with a Mouth — just as inescapable are his pop culture references, which are quite hilarious. See how many you pick up on. What’s refreshing about Deadpool is that it’s unapologetic and pokes fun at everyone and everything, including itself. And that’s the entertaining factor right there. There’s so many Easter eggs hidden throughout the movie, you find something new every time you watch it. For instance, did you catch Taylor Swift’s cats on Deadpool’s shirt or the cameos by Brad Pitt and Matt Damon?

Deadpool 2 is one of the most entertaining and downright hilarious superhero films. Ryan was born to play Wade and knocks it out of the park, assaulting the audience with wicked humor and action-packed scenes, while playing dirty. Just when you thought you knew what was coming, the film hits you with more and crosses the line. That’s what makes this a far better film than the original. Fans of the comics and the original movie will devour this one. ~Marriska Fernandes

Deadpool 2 4K Ultra HD, Blu-ray and Digital includes the theatrical version and the Super Duper $@%!#& Cut. The latter includes 15 minutes of new footage that’s well worth the wait. Also included are R-rated jokes and gags that were left in the editing room due to the super cheeky dialogue. Here are some of the bonus features: