ALL THEATRES ARE CLOSED UNTIL FURTHER NOTICE, DUE TO COVID-19.
Celebrity Gossip > Debbie Reynolds’ son speaks out as tributes pour in after her death 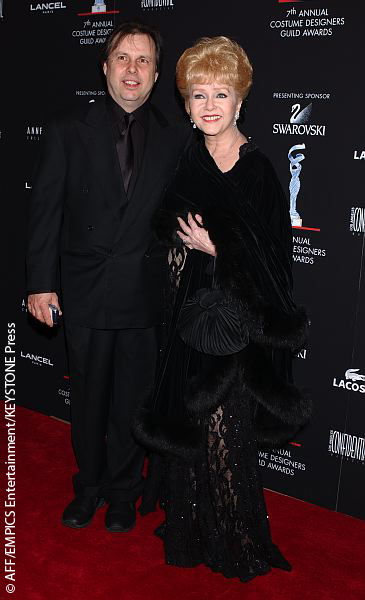 December 2016 will go down in the history books as a month of loss and mourning. Following the deaths of Leonard Cohen, Florence Henderson, Alan Thicke, Zsa Zsa Gabor, George Michael and Carrie Fisher, legendary actress — and Carrie’s mother — Debbie Reynolds passed away. Tragic yet strikingly poetic, she was planning her daughter’s funeral when she suffered a stroke.

In the wake of Debbie‘s sudden death yesterday evening, her son Todd Fisher discussed her final moments with E! News as several celebrities expressed their grief and others penned tributes to honor the Singin’ in the Rain actress.

Revealing intimate details of Debbie’s state before passing, Todd said yesterday his mother “went to be with Carrie.” He added, “in fact, those were the last words that she spoke this morning.”

Aside from Todd, Carrie’s half-sister Joely Fisher also reached out. The actress-singer took to Twitter shortly after Debbie was rushed to the hospital, and wrote, “God speed mama.” She accompanied the text with a 2010 photo of herself and Debbie laughing together at a red carpet event.

Once news broke that Debbie had passed, Joely returned to Twitter to share that she was, and arguably will be for some time to come, “inconsolable.”

Below, you can check out Joely’s tweets.

But Debbie had an impact on many lives, and several stars outside of the Fisher family took the opportunity to share their sentiments about the Oscar nominee. Among them are Miley Cyrus, Ellen DeGeneres, Seth MacFarlane and Bette Midler.

Check out their tweets, and many more, below. ~Matthew Pariselli

I can’t imagine what Carrie Fisher and Debbie Reynolds’ family are going through this week. I send all of my love. — Ellen DeGeneres (@TheEllenShow) 29 December 2016

My favorite Debbie Reynolds recording. She was one of the last of the true H’wood talents: actress, singer, dancer: https://t.co/67zWUUHDhv

#DebbieReynolds has just died. This is too hard to comprehend. Beautiful, talented, devoted to her craft, she follows Carrie, dead days ago. — Bette Midler (@BetteMidler) 29 December 2016

So heartsick. Debbie went to be with Carrie. It’s such a devastating 1,2 punch. She was my “mom” for years & I loved her dearly.A legend.

Debbie Reynolds, a legend and my movie mom. I can’t believe this happened one day after Carrie. My heart goes out to Billie. — Albert Brooks (@AlbertBrooks) 29 December 2016

Debbie Reynolds was one of the last of Hollywood Royalty. It breaks my heart that she is gone. I’d hoped that my grieving was done for 2016.

It is beyond astonishing that both @carrieffisher & @DebbieReynolds1 have left this earth. I overwhelmingly adored & admired them both. 😢🌹🌹 pic.twitter.com/emLn1ZvwUd — Sean Hayes (@SeanHayes) 29 December 2016

There are no words. Just that we all want 2 surround Billie with loving strength & support. Please give her space media. Please. Please.