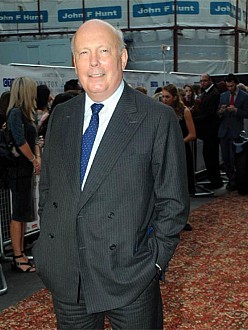 Downton Abbey‘s creator Julian Fellowes wants to adapt the show into a movie.

The screenwriter has confirmed that the upcoming sixth season of the period drama will be its last – which will air later this year – but he already has a story in mind for a film version.

Speaking at the Chalke Valley History Festival in Wiltshire, the 65-year-old revealed:”I think I know what the spine of a story for a film would be. I think it would be fun, in a sense, because we’d be making it on a film budget.”

However, he did admit that currently there are no concrete plans in place: ”At the moment there isn’t but you never know. Or a stage show or anything else. So I think to have them all killed in a bus [in the finale] would be a mistake. I think we bring various things to a conclusion and anything unresolved is unresolved. I’m open to the idea of a movie but I’m not anxious to do it. In my experience, and naming no names, the movie of the series is often a disappointment.”

Julian also confessed to having ”mixed feelings” about making a movie because of the potential pitfalls.

He told Deadline website: ”Normally they’re not very good because the film producer says, ‘Oh, it’s not going to be anything like the series,’ and of course what you want is for it to be exactly like the series. I hope we would avoid that error in doing one, but I do have mixed feelings about it.”