ALL THEATRES ARE CLOSED UNTIL FURTHER NOTICE, DUE TO COVID-19.
Celebrity Gossip > Dukes of Hazzard star faces assault and drug charges 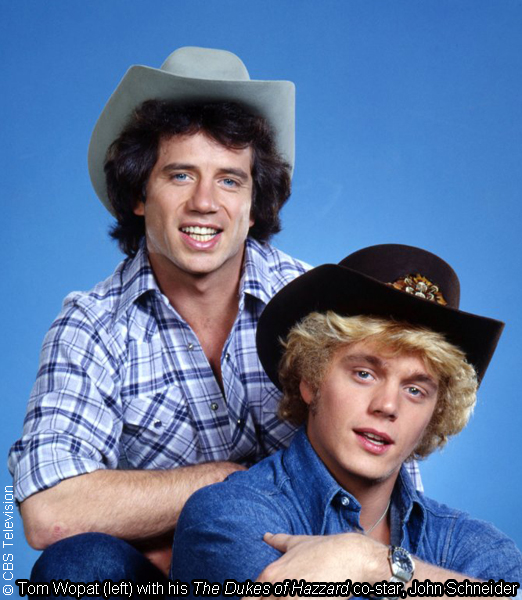 Tom Wopat, who played Luke Duke on the hit 1980s show The Dukes of Hazzard, is facing charges of indecent assault as well as drug possession.

The 65-year-old Tony-nominated actor pleaded not guilty of groping a female cast member of the musical 42nd Street, in which he was to star as Julian Marsh.

The musical opened at Waltham’s Reagle Music Theatre of Greater Boston on Thursday. The theatre announced a different actor would play Wopat’s role.

He was arrested Wednesday night (Aug. 2) on a warrant for the indecent assault charge. When police searched his vehicle they found what appeared to be two bags of cocaine, which led to the additional charge of drug possession.

Court documents reveal that Wopat admitted to flirting, but claimed he did “nothing that could be considered inappropriate.” In regards to the drugs that were found, Wopat claimed he buys cocaine “in large quantities and uses it over time.”

After pleading not guilty, Wopat was released on $1,000 bail and ordered to stay away from the woman he allegedly groped. ~Alexa Caruso