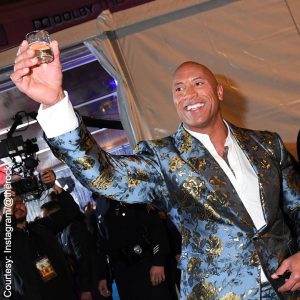 Forbes has released its annual list of high-paid actors and it’s no surprise, Dwayne Johnson is at the top once again.

According to Forbes, Johnson raked in $87.5 million last year. $23.5 million of that is from his upcoming Netflix film Red Notice. This is also thanks to the success from his Under Armour clothing line, Project Rock. This is a slight decrease from last year, when Johnson earned $89.4 million.

Number two on the list is Johnson’s Red Notice co-star Ryan Reynolds. Between June 2019 and June 2020, he earned $71.5 million. He was paid more than $20 million each for two Netflix films, Red Notice and 6 Underground. The streaming site announced a third film with Reynolds just last month.

Many of those on the list have Netflix to thank for their incomes. According to Forbes, Netflix contributed to a quarter of the combined $545.5 million earned by this year’s top ten. ~Brie Davis

Here is the complete list of Forbes’ highest-paid actors of 2020: