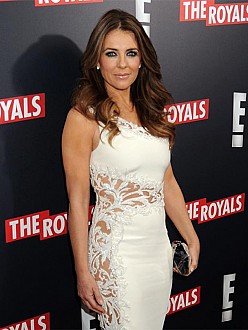 Elizabeth Hurley only keeps a bottle of vodka and eye masks in her fridge.

The 50-year-old beauty admits she doesn’t keep her refrigerator well stocked at her city residence in London because she loves to go out for meals, but she makes up for that at her country pad in Gloucestershire, south west England, by refusing to buy items that come in packets.

She said: “I have two lives – a country life and a London life. In the country I cook almost all organic. We never eat anything out of packets. I have eggs from my own chickens and bacon from my own pigs.

“In London I go out to dinner almost every night – all I have in my fridge is a bottle of vodka and eye masks.”

The Royals star – who has 13-year-old son Damian with former partner Steve Bing – admits she has a penchant for sweet treats and loves to make her own calorific offerings on a weekly basis.

She added to Star magazine: “I make jam every weekend and I make puddings and desserts at home, but only twice a week.” 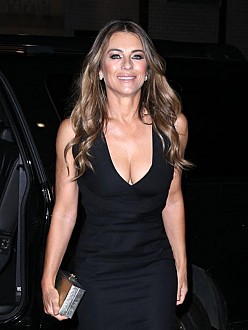 Elizabeth Hurley hopes her son doesn’t become a “horrible” teenager. The Royals actress’ only child Damian – who she has with ex-boyfriend Steve Bing – has just turned 13 and she hopes he behaves much better in the next few years than she did at th… 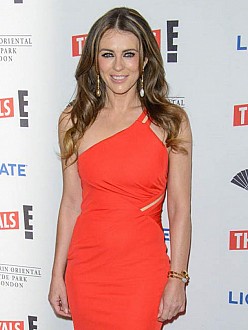 Elizabeth Hurley harbors regrets about her last meeting with Jackie Collins. The romantic novelist passed away in September last year after a cancer battle, and Elizabeth has revealed she wishes she would have known about her health issues before their… 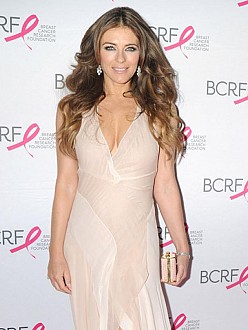 Elizabeth Hurley’s flirting has landed her in hospital ”half a dozen” times.The 50-year-old actress has admitted she turns on the charm when she’s around people but sometimes her cheeky gestures get so out of hand that she requires medical help.Spea…