Dropping down one spot to second place was Denis Villeneuve‘s Dune. While the film held the top spot at last weekend, it comes as no surprise that Dune lost it to the box office juggernaut that is the Marvel Cinematic Universe. Losing IMAX screens to Eternals, Dune earned an additional $7.8 million for a total of $84.1 million its second weekend in theaters.

Taking the third place spot at the weekend box office was No Time To Die. With the addition of heavy competition such as Dune and Eternals, the Bond film has been holding up well. No Time To Die earned $6 million for a five-week total of $143 million.

Rounding out this weekend’s top five was Ron’s Gone Wrong. The animated film earned $3.6 million for a three-week total of $17.5 million. ~Sean Olegario


Dune Eternals Halloween Kills No Time to Die Venom: Let There Be Carnage 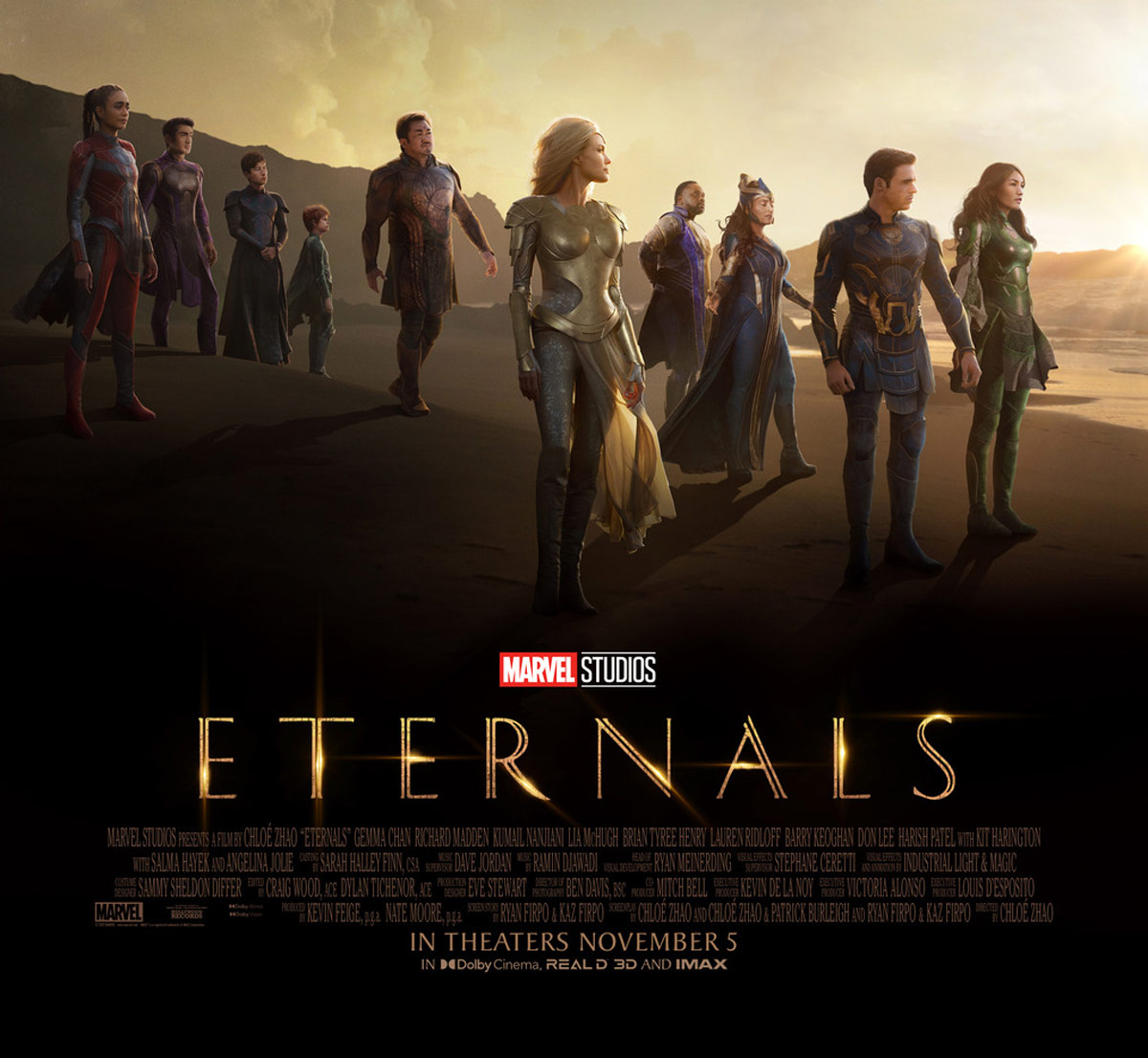