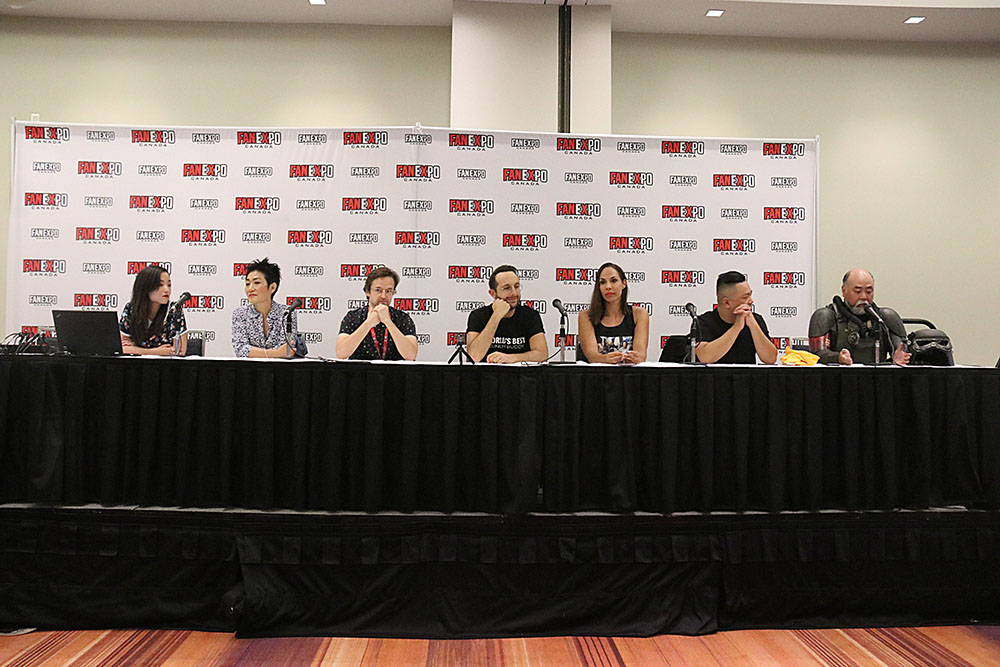 Fan Expo Toronto was in full swing leading into the weekend. With an earlier start to the day at 10:00 AM a day full of activities, attractions, and panels was in store for convention attendees.

The day began in earnest with an autograph and photo session with the cast of the hit comedy series Kim’s Convenience. Cast members Paul Sun-Hyung Lee, Jean Yoon, Andrea Bang, Andrew Phung, Michael Musi, Ben Beauchemin, and Amanda Brugel were there on Friday with only main members Simu Liu and Nicole Power absent due to other commitments.

Friday’s first panel of the day belonged to voice actor and Saturday Night Live alumna Laraine Newman. Additional Q&A panels with voice actors Eric Stuart & Rachael Lillis of Pokemon, Tara Strong and Greg Cipes of Teen Titans, and Sean Schemmel of Dragon Ball Z were the hot attractions for animation fans, but the big panel of the day belonged to the aforementioned cast of Kim’s Convenience.

As the panel began, the cast made a fantastic entrance as they were escorted into the hall by Star Wars cosplayers of the 501st Legion, which also included star Paul Sun-Hyung Lee (below) dressed as an Imperial Marine as seen in Solo: A Star Wars Story. Moderating the panel was star Andrew Phung, who plays Kimchee Han on the show. 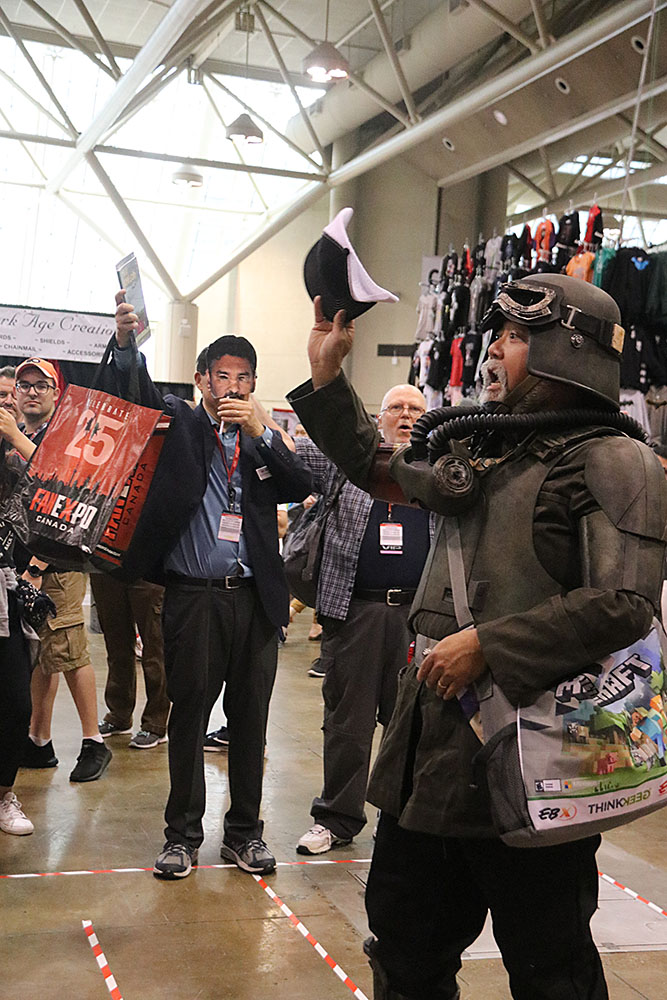 With just an hour for the Q&A, Phung got the ball rolling quickly as he introduced each of the cast members in attendance, while addressing the elephant in the room: the absence of star Simu Liu, who plays Jung. Right off the bat he emphasized how happy and proud that the cast is of Simu Liu representing them, the show, and Canada in his next endeavor as the Marvel hero Shang Chi in the film Shang Chi and the Legend of the Ten Rings.  Following that he got each of the attending cast members to talk about some of their fondest experiences working on the show.

Paul Sun-Hyung Lee, who plays the show’s patriach, Appa, began by talking about the show’s origins as a stage play that debuted during the Fringe Theatre shows. With so many doubts about the play at the time, its eventual successful run of sold out shows led to a bidding war to play in various theaters around the city before it ultimately was adapted into the hit television series that it is now.

The rest of the cast followed suit in how each ended up joining the cast, including Andrea Bang sending in audition tapes from Vancouver, Andrew Phung auditioning against three other actors for the role of Kimchee, Ben Beauchemin recalling his struggles with looking for better gigs while working his pizza shop job, and most interesting of all was Amanda Brugel’s roundabout journey, which began with her dismissing the idea of her friend, series creator Ins Choi, back when it was a play.

With all the stories and anecdotes shared by the cast, the hour-long panel quickly breezed by, and before anyone knew it there was only a short amount of time left before the cast had other responsibilities to fulfill for the day, but not before they answered a few questions from the audience.

The highlight of the audience Q&A session was a request for the cast to perform a quick improv scene. It was a hilarious moment for fans to enjoy, which you can now find on YouTube.

Overall, the cast and audience had a great time with a packed house and terrific moderation by Phung who never allowed for a moment of dead air and kept things consistently entertaining throughout. Though it may have been just over an hour long it sure didn’t feel that way, and with the diverse crowd in attendance it should be no surprise that this series has gone on be such a hit and continues to reach audience around the world. Paul remarked that a few of the cast members would be heading to Korea on Sunday to attend an awards show that was recognizing Kim’s Convenience in an international category.

With only a handful of attractions left for the rest of the day, Friday came to a close on a high note for many in attendance, with a post-event Cyberpunk themed, 18+ party scheduled for 9:30 at The Antler Room on Front St. West later that night.

Fan Expo continues throughout the weekend with Saturday being the busiest day of the convention as more celebrity guests arrive and a packed schedule of panels in store. Doors open at 10:00 AM once again. ~Paolo Maquiraya. Photos by Joanne Chu-Fook. 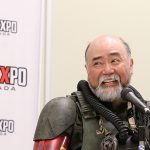 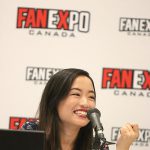 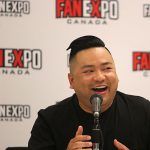 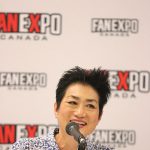 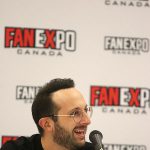 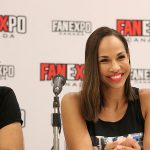 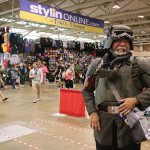 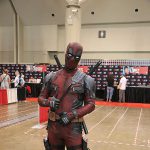