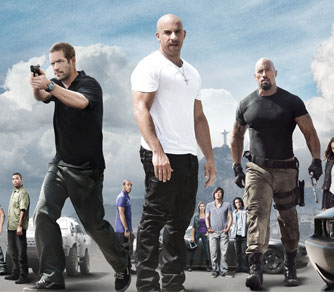 Last month, Vin Diesel announced that fans will be getting a new experience of speed and thrills as The Fast and the Furious hits the road with a live tour.

Universal and Fast Live Productions announced the dates for the first leg of the tour. The first stop on this high-speed adventure is the city of London on January 19, 2018 before heading across Europe for the first six months of the global arena tour. The live show will span 23 cities in 14 countries. Tickets go on sale September 29.

The 30-second trailer also promises “precision performance driving” and “state-of-the-art 3-D projection mapping” as the live show will recreate favorite moments as well as map out a new story and some action-packed stunts.

Vince Klaseus, president of Universal Brand Development, said: “Fast & Furious Live will allow audiences worldwide to experience the extreme action sequences from the franchise through an authentic live experience. With this live show, we are redefining fan access and bringing audiences closer than ever to their favorite movie moments.”

According to the franchise’s main star, Vin Diesel, fans will get to see their favorite film stunts performed live, because the franchise is getting its own live arena show.

Watch the trailer below! ~ Marriska Fernandes


Fast and Furious live fast and the furious Vin Diesel