The Fate of the Furious 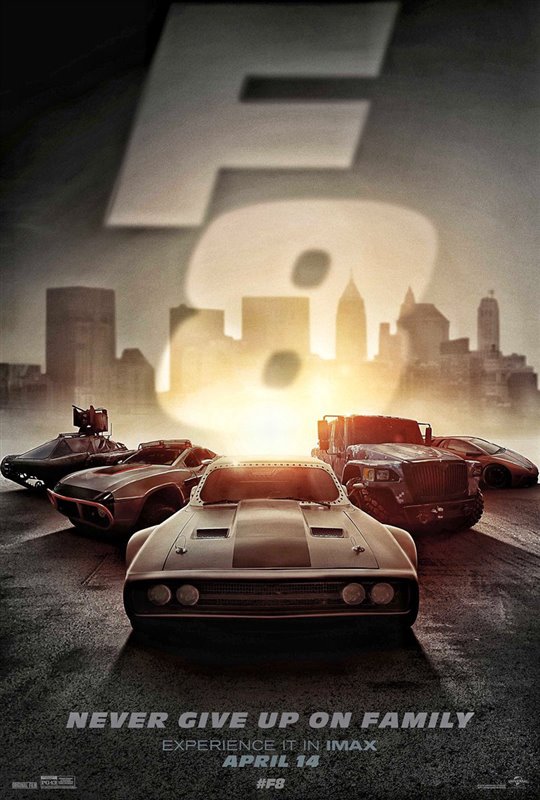 did a three-peat victory over several newcomers to take the top spot at the weekend box office for the third week in a row.

It seems fast cars and family rivalries are holding the attention of audiences as The Fate of the Furious came in first place again at this weekend’s box office. The film, starring Charlize Theron as a tech-savvy terrorist who recruits the Fast and Furious family patriarch, Dom (Vin Diesel), took in $19.9 million this weekend, making its current worldwide gross more than $1 billion. Our users are also enjoying the ride as they give the film a 4.3 star rating.

Coming in second was the comedy How to Be a Latin Lover with estimated earnings of $12 million in its opening weekend. The film about an aging Latin lover who’s lost his appeal has a 4 star rating from our users.

Baahubali 2: The Conclusion took third place, earning $10.4 million, even though it played in only 425 theaters across North America. It has a 5 star rating on our site.

Dropping two spots to fourth was the animated comedy The Boss Baby, which took in an additional $9.4 million. The film received a 3 star rating from our users.

Debuting in fifth place was the dramatic tech thriller The Circle. Starring Tom Hanks and Emma Watson, the film addresses issues of privacy in an age in which technology tracks our every move. The film earned $9 million in its first week and garnered a 2.8 out of 5 star rating from our users.


baahubali 2: the conclusion box office how to be a latin lover The Boss Baby The Circle The Fate of the Furious Weekend Box Office