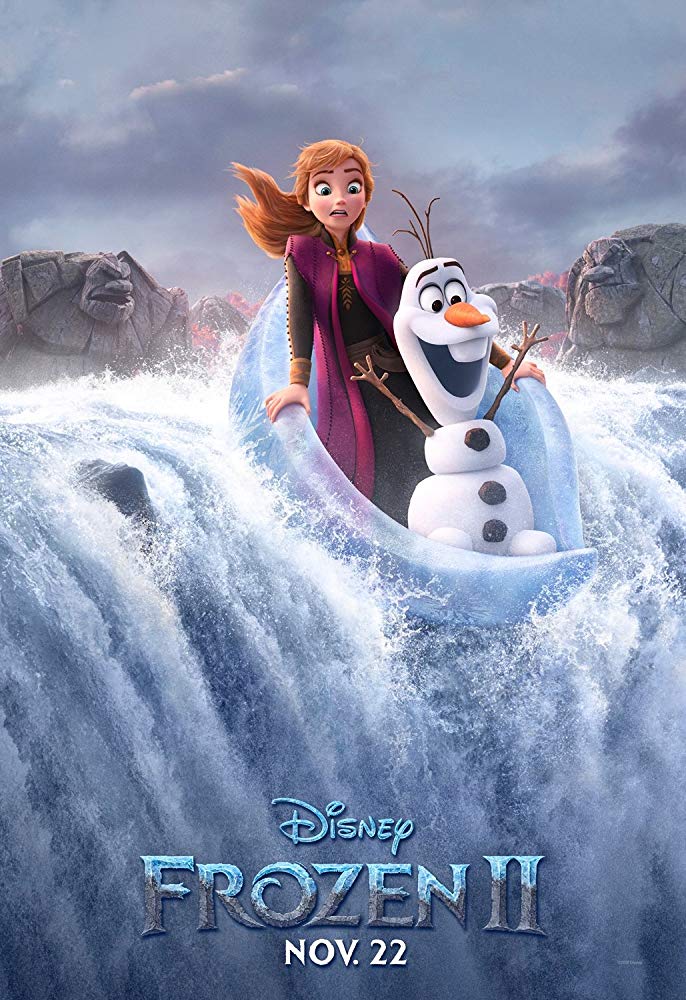 The hit sequel Frozen II has achieved a hat-trick, landing in the top spot at the box office for the third weekend in a row. In fact, all five of the top movies at the box office retained their positions from last weekend.

Frozen II took the first spot again at the weekend box office, earning an additional $34.7 million for a total haul of $337.6 million. Globally, the film is approaching the coveted $1 billion mark, which would make it the sixth Disney film to do so this year. The animated sequel has broken several records since its debut in theaters.

Hanging onto second place was the murder mystery Knives Out, starring Christopher Plummer and Daniel Craig. It took in an additional $14.2 million for a total of $63.5 million during its second weekend.

Also holding onto its spot from last weekend was Ford v Ferrari in third place. The racing film, which has earned great reviews from our readers, stars Christian Bale and Matt Damon. It made an additional $6.5 million for a total of $91.1 million in its fourth weekend.

In fourth place again was the drama Queen & Slim, starring Daniel Kaluuya and Jodie Turner-Smith as the title characters. It earned an estimated $6.5 million and a total of $26.9 million in its second weekend.

Rounding out the top five was A Beautiful Day in the Neighborhood, starring Tom Hanks as the beloved children’s TV host, Mr. Rogers. It took in an additional $5.2 million for a total of $43.1 million during its third weekend. ~May Wong