Features > Game of Thrones: The Complete Series and Season 8 now on Blu-ray 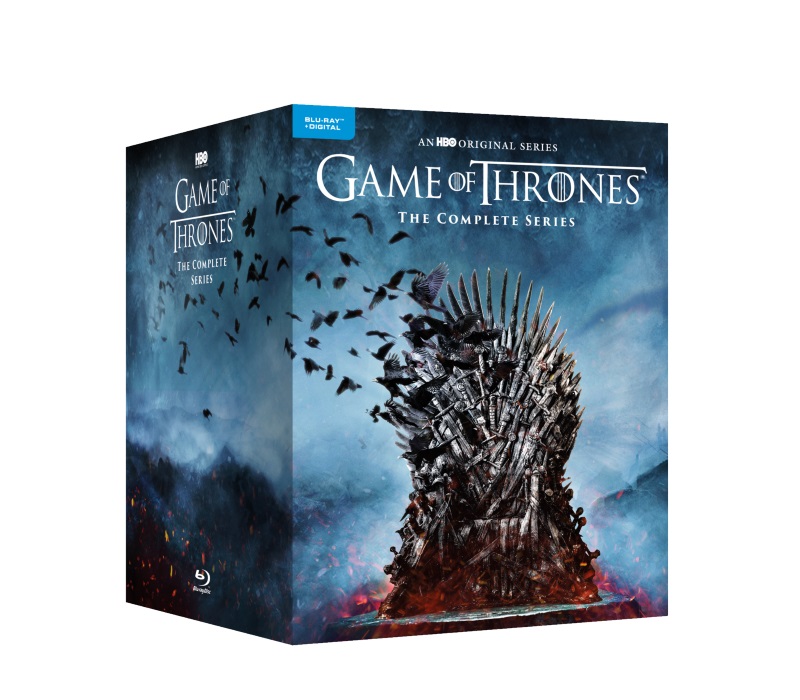 It’s time fans get to treat themselves over the holidays. Based on the best-selling novel series by George R.R. Martin, Game of Thrones holds the record as the most awarded series in television history, earning a total of 161 Emmy nominations and 59 wins to date. The show stands as HBO’s most-viewed program ever, with the final season averaging a record-setting 44 million viewers in the U.S.

Today, HBO released a collectible edition of the entire series — Game of Thrones: The Complete Collection, which is packaged in a gorgeous wooden shadow box case, featuring multi-layered panel designs by Robert Ball.

Each season is represented by a different layer, showcasing iconic characters and memorable moments from the show. The set also contains a “Hand of the King” pin clasp. Game of Thrones: The Complete Series is also available on DVD/Blu-ray, without the collectible packaging.

Fans who decide to splurge on either of the complete editions will also get an exclusive feature — The Game of Thrones: Reunion Special. It’s a two-part reunion show with cast members from the final season including Emilia Clarke, Kit Harington, Sophie Turner, Maisie Williams, Nikolaj Coster-Waldau, and fan-favorites like Sean Bean, Jason Momoa, Mark Addy and others. Hosted by Emmy-award winning host Conan O’Brien, the reunion, which was shot in front of a live audience in Belfast, includes segments of footage from both the show and behind-the-scenes.

HBO has also released Game of Thrones: Season 8 in 4K Ultra HD and Blu-ray Steelbook, and the single season is also available on Blu-ray and DVD.

The Complete Series and Season 8 formats are packed with exclusive bonus features, taking you through 75 hours of viewing the fan-favorite series. Here’s what you can expect to watch and enjoy:

• Game of Thrones: The Last Watch – This special documentary is presented in two parts by filmmaker Jeanie Finlay, taking fans behind the scenes of the final season.

• When Winter Falls – This exclusive 30-minute featurette talks about the most popular episode in season 8, following showrunners David Benioff and D.B. Weiss and the cast as they break down all that went into filming the “Battle of Winterfell” in Episode 3. I personally loved this featurette since that episode was mic-drop epic.

• Duty is the Death of Love – This featurette is a look at how the cast and crew brought the show to its conclusion in the series finale, “The Iron Throne.”

• Audio Commentaries – For those who want to know more on the final season, there’s 10 audio commentaries with the cast and crew, including the show’s creators, Benioff and Weiss. There are a few major takeaways that you won’t want to miss in this one.

• Deleted and Extended Scenes – This feature reveals five never-before-seen deleted/extended scenes from season 8. The deleted scenes do explain a lot and might give some fans the closure they needed.

• Histories and Lore – We get a glimpse of the history and background of notable season 8 locations and storylines.

Game of Thrones: Season 8 and The Complete Series is now available on Blu-ray and DVD. Click here to watch our exclusive interviews with the cast. ~Marriska Fernandes 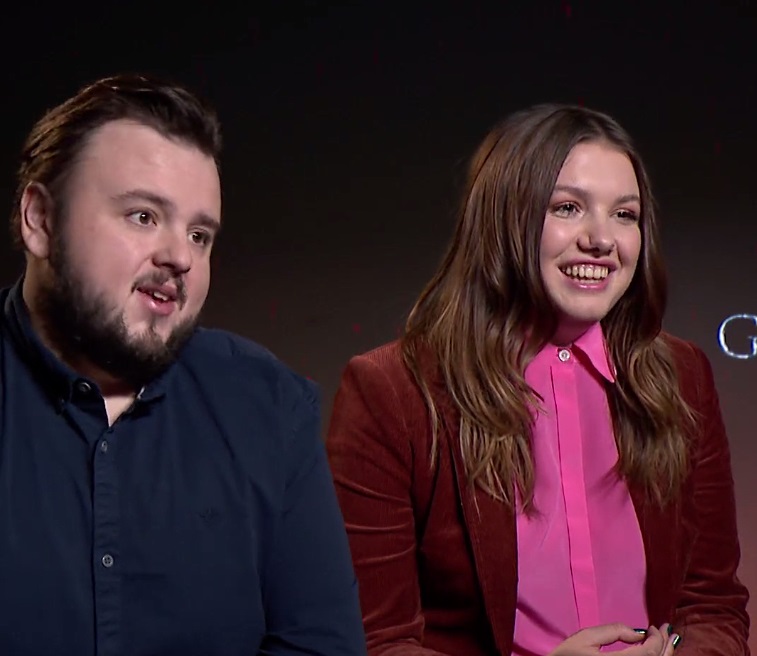 Watch our exclusive Game of Thrones interviews with the cast

To celebrate the Game of Thrones: Season 8 Blu-ray and DVD release (Dec. 3), we chatted with the talented cast about their journey on the show, filming season 8 and more.