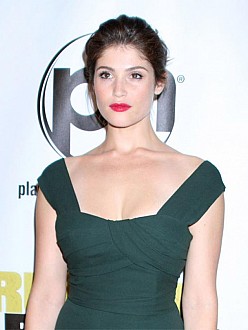 Gemma Arterton doesn't think she's very famous. The actress will star in a new musical remake of hit film Made in Dagenham in London's West End later this year, but she admits she fears no one will want to buy tickets because they won't know who she is. She said: ''I'm doing a new musical at the end of the year at the Adelphi [theatre], 'Made in Dagenham', and we've got to sell it out. I'm like, 'How are we gonna sell out, with all these musicals that are closing, when the tickets are so expensive, and the theaters are so big?' I'm not that famous! It's not like they've got Keira Knightley or Natalie Portman. I'm sure people will see my name on the poster and they'll say, 'Who's that?' '' The 28-year-old beauty also lamented on her continuous connection to James Bond film Quantum of Solace, despite branching out into the respected world of theater. She told Radio Times magazine: ''Even when the reviews came out for 'The Duchess of Malfi', it was always, 'Bond girl tries to do theater.' I didn't even have a big part in Bond! I'm proud of it, but it is a bit weird that it's always brought up.'' 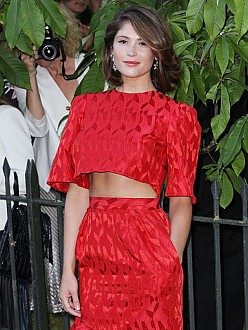 Gemma Arterton: I’ve always felt too old for my body

Gemma Arterton has always felt “too old” for her own body. The British actress turned 30 at the start of February and has revealed she is pleased to have reached the landmark, saying it is something she has looked forward to for a considerable period… 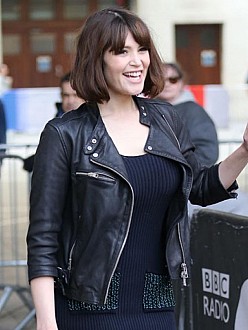 Gemma Arterton will ‘let her hair down’ on West End

Gemma Arterton plans to let her ”hair down” on the West End stage. The 29-year-old beauty portrays actress and royal mistress Nell Gwynn in the eponymous theatre production, and she’s looking forward to appearing in a role she can really relate to…

Gemma Arterton has reportedly split from her husband.The ‘Quantum of Solace’ star is said to be "devastated" after her two-year marriage to Stefano Catelli came to an end, and friends claim the pair went their separate ways a "couple of…