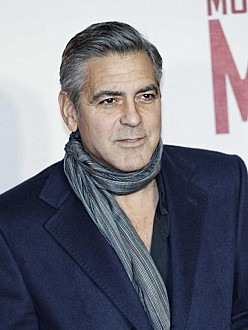 George Clooney's fiancée has refused to get married at Downton Abbey because it's where former glamour model Katie Price tied the knot to first husband Peter Andre in 2005. The Monuments Men actor recently took Amal Alamuddin to visit Highclere Castle - the Hampshire estate where the popular period drama is filmed - with a view to tying the knot there in September and though the lawyer thought the setting was beautiful, she has had a change of heart. A source told The Sun: ''Amal doesn't really know that much about celebrity. But she is well aware who Katie Price is and didn't want her big day to be in any way associated with that kind of media circus. So they've gone back to the drawing board and are looking at other places.'' Despite Amal's change of heart, the couple have no shortage of other prospective wedding venues, with George's homes in Lake Como, Italy, and Cabo San Lucas in Mexico, also being considered.