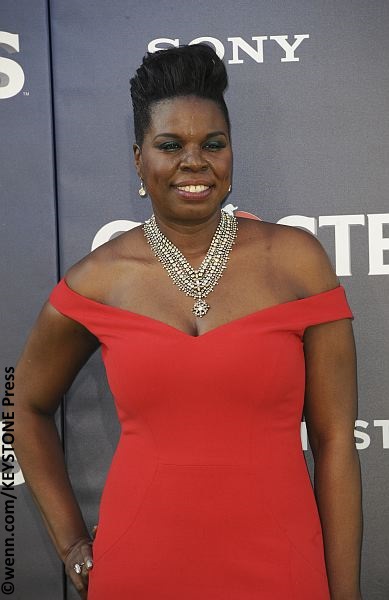 The new Ghostbusters has undoubtedly become one of the most controversial films of the year, simply because of its all-female cast.

Now the flick’s director Paul Feig has come to the defense of one of his most-attacked leading ladies — Leslie Jones.

Following Leslie’s epic Twitter troll call-out last night, the director had the hashtag #LoveforLeslieJ trending after Tweeting “Leslie Jones is one of the greatest people I know. Any personal attacks against her are attacks against us all. #LoveForLeslieJ @Lesdoggg”

The hashtag immediately shot to the top of Twitter’s trending list, with a slew of fans and celebrities singing the Saturday Night Live star’s praises, including Margaret Cho, Anna Kendrick, Zoe Kazan, and Ghostbusters co-writer Katie Dippold, who called Leslie “Not only brilliant but one of the kindest people I’ve ever met.”

Leslie, who’s blasted the sexist anti-Ghostbusters trolls before, took to Twitter Monday night to re-post many of the misogynistic and racist messages she’s received these past few months.

For example, this heinous comparison:

The actress sent out re-Tweet after re-Tweet well into the wee hours of the morning, voicing her frustration with the social media platform, and calling for stricter rules for user-to-user interaction.

Twitter I understand you got free speech I get it. But there has to be some guidelines when you let spread like that. You can see on the

Profiles that some of these people are crazy sick. It’s not enough to freeze Acct. They should be reported. — Leslie Jones (@Lesdoggg) July 19, 2016

Leslie then decried all the undeserved vitriol, saying she’s in “personal hell,” and adding later, “I leave Twitter tonight with tears and a very sad heart. All this cause I did a movie.”

I feel like I’m in a personal hell. I didn’t do anything to deserve this. It’s just too much. It shouldn’t be like this. So hurt right now.

I leave Twitter tonight with tears and a very sad heart.All this cause I did a movie.You can hate the movie but the shit I got today…wrong — Leslie Jones (@Lesdoggg) July 19, 2016

The reboot that started it all, also starring Melissa McCarthy, Kristen Wiig, and Kate McKinnon, received generally solid reviews and hit theaters this past weekend with a $46 million debut.

Tell us below — do you think Twitter should adopt stricter guidelines for what users should or shouldn’t be allowed to post, or is it all part of free speech?

Here are just some of the supportive messages Leslie has received in the past 12 hours, all starting with Paul’s:

Also. @Lesdoggg. You’re amazing. What happened to you on Twitter today is awful. We need your light & your fight #LoveForLeslieJ — Sophia Bush (@SophiaBush) July 19, 2016

I’ve got real #LoveForLeslieJ ! Used to do mics with her years ago. Do u remember the Rumba room @Lesdoggg ? Lol. I’m sure you don’t.

Hey, @twitter & @twittersupport: You need to head to @Lesdoggg‘s feed & start deleting the accounts of the racist shits spewing crap at her.

Just left @Ghostbusters and had SO MUCH FUN! That sequence in the smoke was everything!! #AnswerTheCall #GirlsKickingAss #LoveForLeslieJ