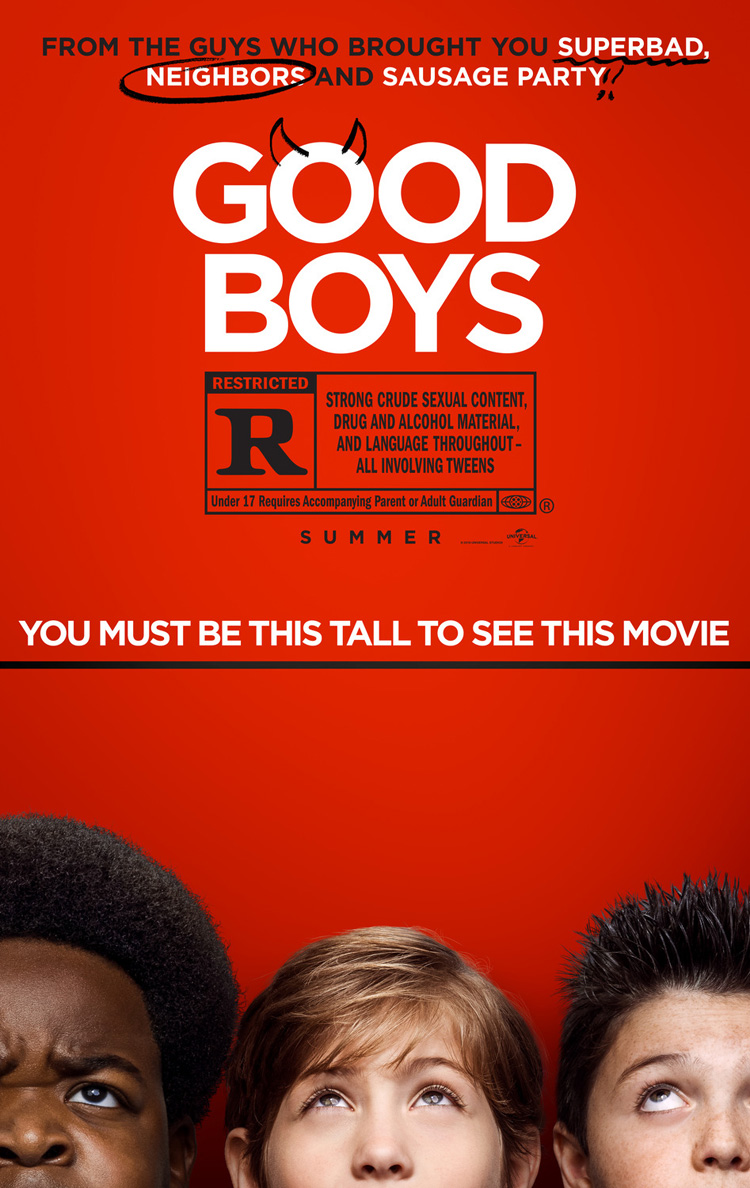 Exceeding expectations, Good Boys debuted in first place at the box office this weekend, making it only the third original (i.e., not a sequel, adaptation or remake) film in 2019 to top the weekend box office (the other two being The Curse of La Llorona and Us). This raunchy coming-of-age comedy earned a solid $21 million in its first three days, which helped Universal Pictures become only the second studio in 2019 to top $1 billion at the domestic box office so far.

Fast & Furious Presents: Hobbs & Shaw dropped a spot to second place, taking in an additional $14.1 million this weekend for a domestic total of $133.7 million and worldwide take of $437.1 million.

The Lion King continues to hold onto third place, earning an additional $11.9 million. The hit film is now the 14th highest-grossing domestic release of all time, with $496.1 million and counting.

The Angry Birds Movie 2 debuted in fourth place at the box office this weekend. The sequel film, inspired by the video game series of the same name, earned $10.5 million for a total of $16.2 million since its early Tuesday debut.

Rounding out the top five was Scary Stories to Tell in the Dark. Dropping three places from last week, the horror sequel earned another $10.1 million for a domestic total of $40.2 million. ~Emily Chavez