ALL THEATRES ARE CLOSED UNTIL FURTHER NOTICE, DUE TO COVID-19.
Celebrity Gossip > Hilary Swank and John Campisi call it quits 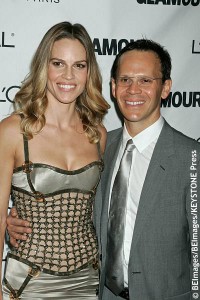 At a time when love seems to be in the Hollywood air, with couples such as Jessica Biel and Justin Timberlake getting married and Brad Pitt and Angelina Jolie and Jennifer Aniston and Justin Theroux on the verge of marriage, it is sad to see a couple part ways. Sadly, this is the case with actress Hilary Swank and her now ex-beau John Campisi. The couple began dating in 2007 after her split with husband Chad Lowe, but never made a trip down the aisle. Although the split only recently became public, their five-year relationship reportedly came to an end back in May. Swank has kept herself busy filming her latest flick Mary & Martha in South Africa and North Carolina. ~Morgan Bates