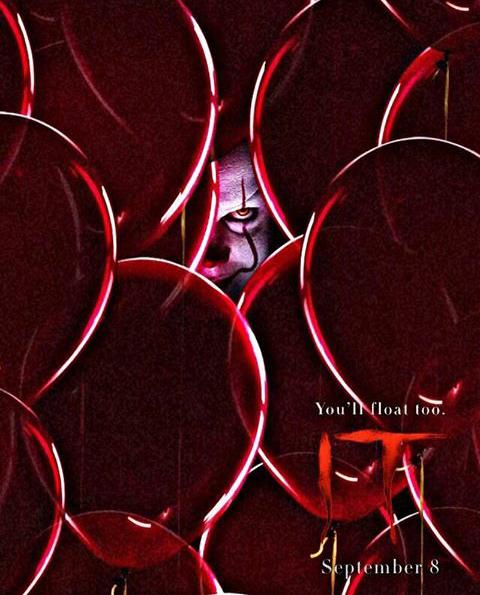 The highly anticipated new film adaptation of Stephen King’s classic horror novel, IT, has successfully lured audiences out for a night of terror, taking first spot and beating newcomer Home Again at the weekend box office.

With all the hype surrounding IT and how it takes Stephen King’s terrifying tale to a new level, it’s no surprise the film opened in top spot at the weekend box office. It grossed a whopping $117.2 million in its first weekend. Our users are enjoying the chills and thrills the film has to offer, giving it a rating of 3.7 stars.

For those not looking for screams, the romantic comedy Home Again starring Reese Witherspoon satisfied their film craving, coming in at second spot in its debut weekend. The film made $9.0 million and earned a rating of 3 out of 5 stars from our users.

Dropping two places to third after three weekends at number one was the action-comedy The Hitman’s Bodyguard. In its fourth week of release, the film has grossed $64.9 million, with $4.9 million being earned this weekend. Our users give the film a rating of 3.8 stars.

Coming in fourth was the horror flick Annabelle: Creation, now in its fifth week of release. It earned $4 million this weekend and has a current domestic gross of $96.3 million. The film has received a 2.9-star rating from our users.

Rounding out the top five was the thriller Wind River in its sixth week in theaters. The film earned $3.2 million this weekend and has grossed $25 million domestically. Our users give the film a 4.3-star rating.