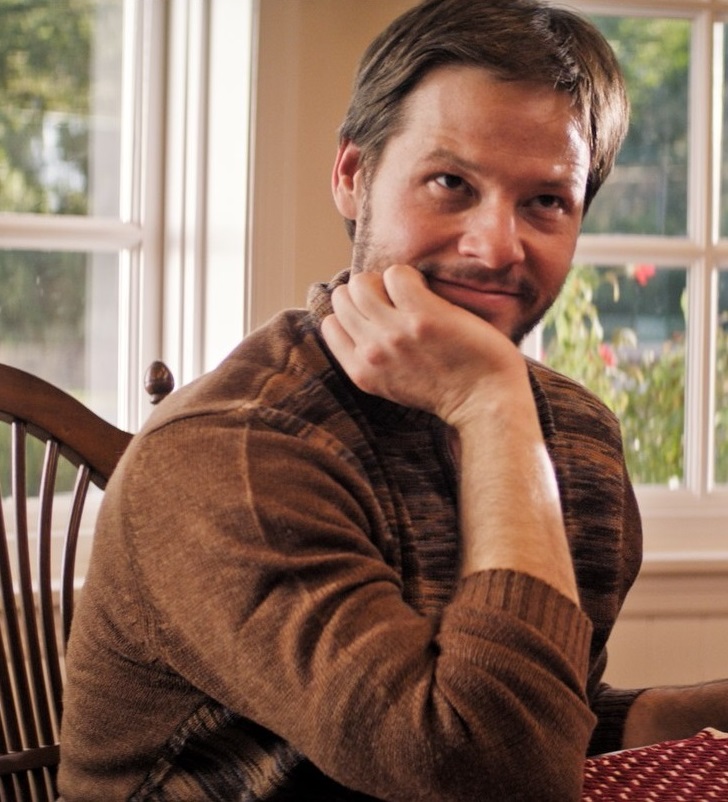 depicts the events that follow the American government issuing The Patriot’s Oath, a document which, by signing, declares a citizen’s unwavering loyalty to the President. Although not mandatory, Americans are strongly encouraged to sign the oath before the deadline on Black Friday. For political news junkie Chris (Ike Barinholtz) and his wife Kai (Tiffany Haddish), the decision is easy: they aren’t going to sign. For others, however, it’s not so simple, and the country soon finds itself harshly divided between those who do and those who don’t sign.

Much like with any other holiday, the onset of Thanksgiving threatens to brew trouble for the couple as they prepare to host Chris’ entire family, anticipating plenty of political debate at the dinner table. Although they initially agree not to discuss the oath, the upcoming deadline inevitably prompts the topic and the family members find themselves just as divided as the rest of the country. Matters are worsened when two CPU (Citizens Protection Unit) officers (John Cho and Billy Magnussen) show up at the house to question Chris’ loyalty to the president and pressure him to sign the oath before the deadline arrives, by any means necessary.

The film was written, directed by and stars Ike Barinholtz, a comedic actor perhaps best known for his roles in such films as Blockers (2018), Neighbors (2014) and on the television series The Mindy Project. The 41-year old Mad TV alumnus, who already boasts plenty of acting and screenwriting credits, made his feature-length directorial debut in the politically charged film, The Oath.

We had the opportunity to talk to Ike about his experience writing and directing this dark comedy, as well as the reflections of President Trump’s America we may see in the film. They say that sometimes life imitates art, but in this case perhaps art has imitated life. ~Caitlyn Clancey

How did you come up with the idea for “The Patriot’s Oath” that the main characters agonize over signing in the film?
I wanted to take [The Oath] in the same direction the country was heading in. And as I read more about Donald Trump and what he was doing, I realized he is obsessed with loyalty. I thought about what that meant and about “McCarthyism,” what America went through in the 1950s, and how loyalty was a word they used a lot. I knew that the concept of signing this fictional loyalty oath was something that a character in the film could make a case for and say, “It’s fine, it’s relatively innocuous, just like the Pledge of Allegiance.” But, the oath could also be loaded enough that an opposing character in the film could say, “This is the beginning of Stalinism and totalitarianism.” So, it was kind of just trying to find that thing that both sides in the movie could make a case for or against.

The crazy thing is, throughout the process, in real life we started seeing that word “loyalty” appear more and more. Trump pinned down James Comey and asked him if he would be loyal, and we had something called National Loyalty Day, so it just seems like a very resonate concept right now.

There’s a pretty obvious division in America right now. Did you have any fears about telling this kind of a story, given the current political climate?
No, I really didn’t. I think when there are tumultuous times, I’m someone who looks to satire as something that can help the problem. I love the films and shows of the 1970s, and I think we had some great satire come out of there – I love the movie M.A.S.H. The producers said, “You know, you’re really not sparing anyone in this movie. You’re tearing conservatives and you’re destroying liberals.” They were fully behind it, and I just feel like you can’t tell this story while pretending that everyone is great. It’s just not really representative. I wanted to show how the modern American political climate has kind of destroyed people’s brains and made otherwise rational, smart people crazy.

You cast your own brother, Jon, to play your character’s ultra-conservative brother. Was this your first time working together?
It was! I’d seen him in a lot, I’d seen him do a lot of theater in Chicago and I knew he was great. There are so many issues between us, even though we’re best friends, you know? There’s no one you love or hate more than your own sibling, so I knew that I could exploit those emotions and get some authenticity. There are some scenes in that movie where we’re yelling at each other and there’s no acting. It’s just like brothers getting stuff off their chests (laughs).

There are some fantastic players in the cast, especially Tiffany Haddish who plays a character pretty different from who we’re used to seeing her play. Was she always your first choice to play Kai?
I actually wrote the role with her in mind. I’ve been a huge fan of Tiffany’s since I’d seen her in the movie Keanu. The inspiration for [Kai] was actually my own wife. Even though her and I are politically aligned, I was so consumed with the news cycle and these crazy changes that that became all I would talk about. I wouldn’t talk about anything else. So to take Tiffany, who we all know and we all love when we see her on the Oscars or in these big comedies, you take her and internalize her and show her conflicted and torn. Her husband is driving her crazy and then she finally gets to explode. It’s a totally different side of her, and I think she’s fantastic in it.

The main characters are firmly liberal, but the movie isn’t just one big propaganda piece for the liberal agenda. While you were writing the script, how did you find that perfect balance between the different political mindsets?
You have to make sure that you’re endowing the characters who you don’t personally agree with with some good, cogent points. And then I think, with the characters who are more like myself politically, you have to show them as flawed. I am a very liberal guy, so if I portrayed my character as this hero who is noble and smart and makes the right decision, I think people would smell a rat. To me, it was important that we shine a light on everyone’s crazy behavior right now while firmly taking a side, which I think the movie does. It’s like, “Hey, fascism is much closer than we all think.”

You’ve directed episodes of the TV series The Mindy Project before, but this was your first time directing, writing and producing a feature-length movie. What was that experience like for you?
When you direct an episode of TV – and I started directing in either season 3 or 4 of The Mindy Project – it’s fun, it’s exciting, but it’s very short. You’re really like a cog in a machine that’s already smoothly running. To take a new story that you only have x-amount of days to shoot with a crazy cast, it’s just a much more immersive, bigger endeavor. It takes over your life for the better part of a year. But I surrounded myself with people who are like A-students and who were really passionate about the story we were telling. So it could have been a really incredibly stressful and exhausting experience, but every turn has invigorated me and reinforced my belief that we have to tell these stories.

Almost the entire movie takes place inside your character’s house. Were there any challenges that came from filming a “bottle movie?”
It’s easy to write a bottle movie, but the challenge is shooting it and presenting it in a way where the audience doesn’t get visually bored. What we did is we made sure we took a lot of time and tried to make the look of the film evolve as the story starts to take these big turns. So in the first half of the movie, the frames are big and wide and the colors are very vibrant and there’s lots of movement. And then towards the end of the movie, especially when we’re in the back room, the frames are very tight and the colors are very dark tones, and you really feel like you’ve gone from watching this funny family dramedy to this very bloody, scary thriller. So we made sure that the physical look kept changing.

What do you hope audiences will take away from the film?
The most important thing is that they are entertained and that there’s a bit of a catharsis, because everyone is so stressed out and dug in. Look, this isn’t a Michael Moore movie, this isn’t a documentary…yet (laughs). But the other messages that are baked in there are that first, I know a lot of people who think it’s easier not to go home and not to talk to their family who they don’t agree with politically. I think that’s a mistake. If you read your history books, once we get to a place where we decide to just not talk to people who disagree with us, our bubbles that we’re already in get smaller and thicker, and that’s when really bad things can happen.

So I encourage people to go home and talk to your friends and family who you don’t agree with and let them hear what you think without hitting them with a shovel. And the second message is that my character in the movie is desperately addicted to the news cycle, and I think that it’s good to be aware of what’s happening and plugged in, but you often need to unplug sometimes and make sure you’re not letting the news completely take away all of the things that bring you joy.

What’s next for you?
We’re actually writing a couple new movies. One is a big, broader comedy, kind of in the Blockers universe, and the other one is kind of more like a spiritual sequel to The Oath – a darker, scarier film all about the dangers of interacting with random people on the internet. I’m also doing this really funny animated show for Fox with Kristen Wiig and Maya Rudolph. Oh yeah, being a father to my three children, that’s the other thing I have coming up that I’m really excited to do (laughs).

The Oath is now playing in cities. 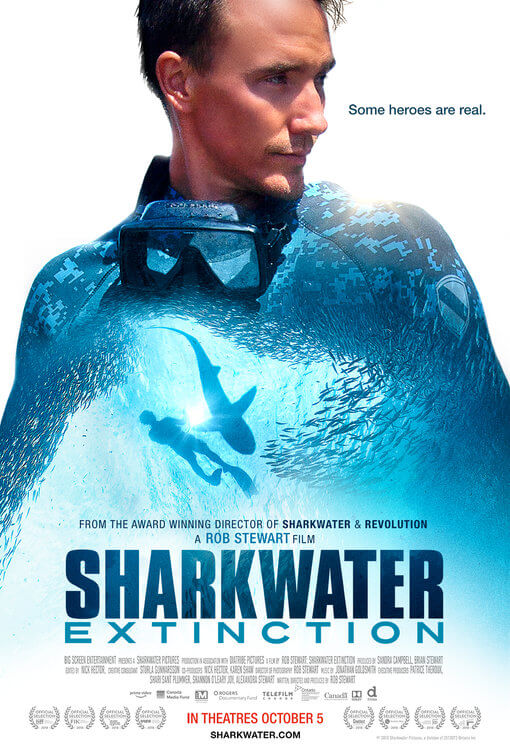 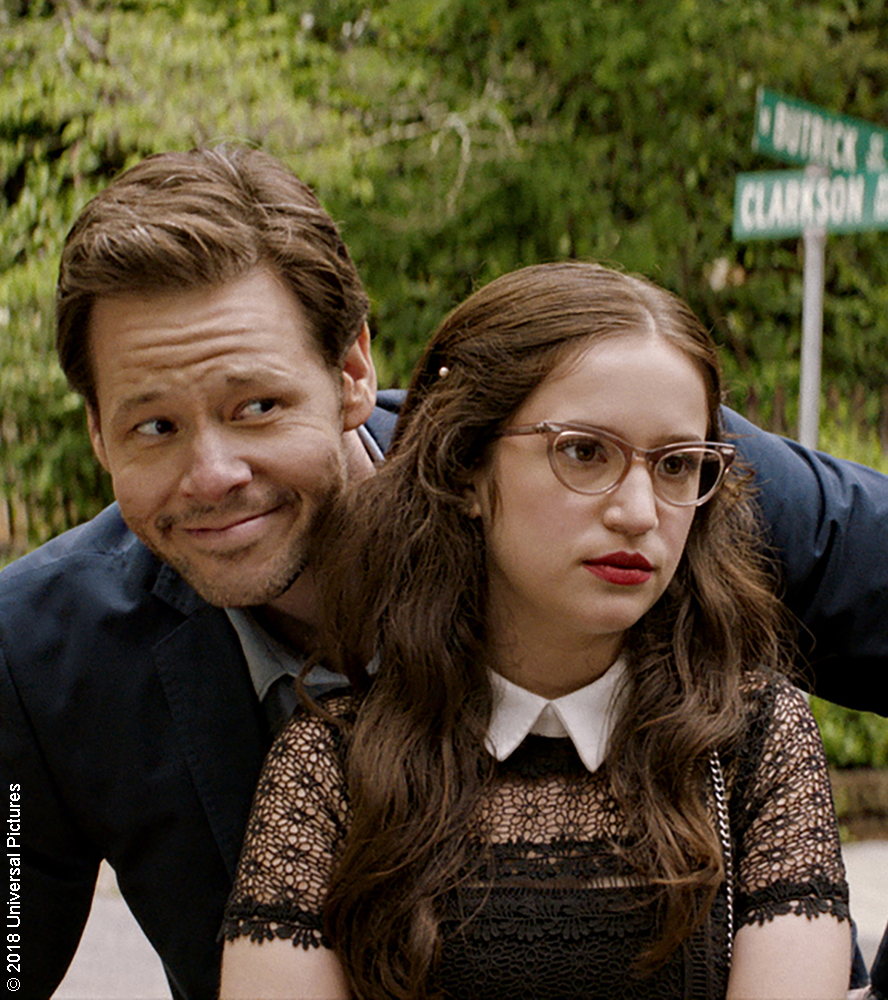 Gideon Adlon recently landed her breakout role in the teen sex comedy, Blockers. We had the opportunity to talk to Gideon about her role as Sam, and more. 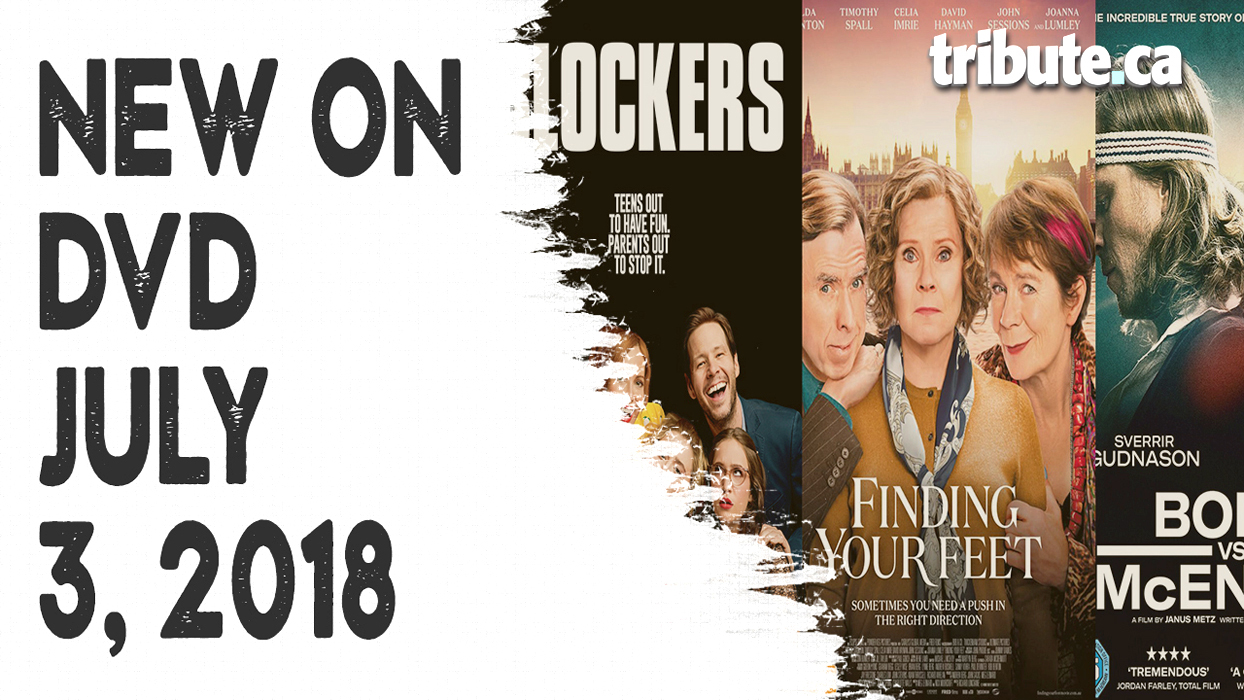