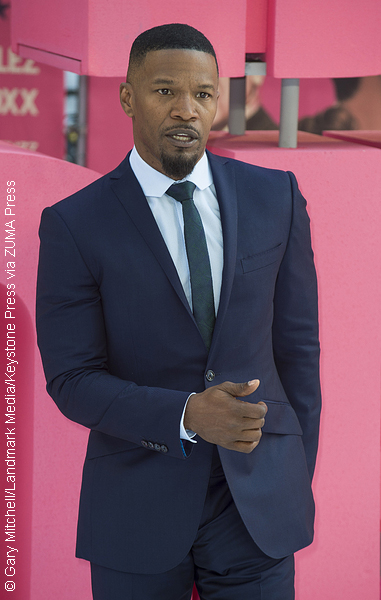 Jamie Foxx is being accused of slapping a woman with his penis after she refused to perform oral sex on him back in 2002, according to TMZ.

The alleged incident took place at a party hosted in the actor’s home. The woman in question also claims Foxx was nude at the time of the incident.

The accuser says she visited the hospital the following day “to get treatment for a severe panic attack.”

The woman who made the claim filed with Las Vegas police last week and says the #MeToo movement inspired her to file the report. Her other reason for filing included wanting the alleged incident recorded so that other accusers can come forward.

Foxx and his lawyer are planning to fight the allegations.

Foxx vehemently denied the incident ever occurred and  “will be filing a report with the Las Vegas Police Department against the woman for filing a false police report against him,” according to Foxx’s solicitor, Allison Hart.

Hart went on to say, “The first time [Jamie] became aware of this woman’s absurd claims about an incident that supposedly occurred 16 years ago was when TMZ contacted his representatives [Tuesday] about this story.”