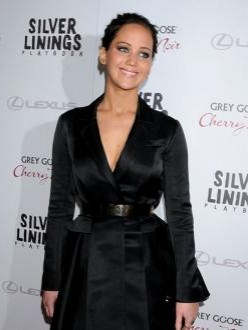 Jennifer Lawrence and Nicholas Hoult have reportedly split up. The Silver Linings Playbook actress and the Warm Bodies star are thought to have called time on their almost two-year relationship recently, although they remain friends. A source told In Touch: "They're young and grew apart. But they remain friends." The actress began dating Nicholas, 23, after they met on the set of 2011's X-Men: First Class and she previously insisted she didn't want them to become a celebrity couple. Jennifer, 22, said: "You don't want your relationship to be in the press, but at the same time - and this is only a theory - the more you try and keep it secret, the more the media tries to crack it open. Maybe there's less pressure if you admit you are dating. Admitting that is just an experiment. I'm going to see how it goes." The actress also revealed other women were jealous of her because of how attractive Nicholas is. She explained: "He has absolutely no idea how good-looking he is... I think a lot of women and men hate me because of that."