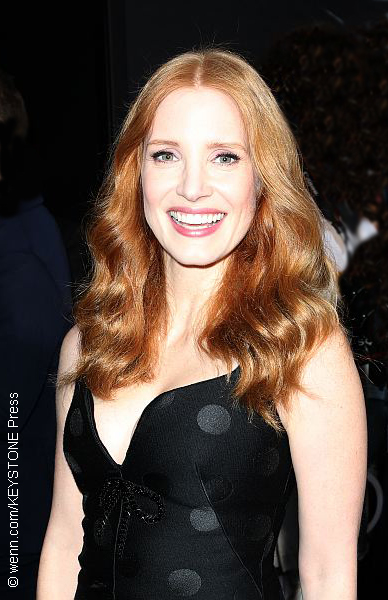 In a recent interview with Variety, Miss Sloane actress Jessica Chastain revealed she recently turned down a role when offered a lesser salary than her male counterparts.

She says, “What I do now, when I’m taking on a film, I always ask about the fairness of the pay. I ask what they’re offering me in comparison to the guy. I don’t care about how much I get paid; I’m in an industry where we’re overcompensated for the work we do. But I don’t want to be on a set where I’m doing the same work as someone else and they’re getting five times what I’m getting.”

For the two-time Oscar-nominated actress, who can currently be seen in The Zookeeper’s Wife, it was something former Sony exec Amy Pascal said that really got Jessica upset about the pay disparity between the sexes. She said, “I remember watching Amy Pascal…She said part of the reason women don’t get paid equal to men is they don’t ask for more; actresses need to stop being so grateful. That really hit me. At first, I was really pissed off. And then I thought, ‘She’s touching on something here.’ Women need to step forward and demand they’re fairly compensated for their work.”

Jessica, who was paid only a quarter of what her The Martian co-star, Matt Damon, received, knew she needed to fight for fair compensation, stating: “I’m not taking jobs anymore where I’m getting paid a quarter of what the male co-star is being paid. I’m not allowing that in my life.”

But sticking to her principles hasn’t been easy. It’s cost Jessica some big roles in the past, although in the end she’s thankful she’s made the decisions she did. She admitted, “There was something huge that I recently turned down. For me, it wasn’t about the money; it was an old-fashioned problem of the wage gap… I remember afterwards I was like, “What did I do? Maybe it was a mistake.” But it wasn’t, because everyone in the studio system heard what I did. So what you’re doing is creating a reputation… Even though I lost that film, I’ve created a boundary. I drew a line in the sand.”

It’s evident Jessica has been a strong proponent of gender equality in Hollywood, not just for herself, but for others. She’s been outspoken on the issue and has pushed Hollywood to hire more female directors, crew members and develop more accurately female-driven content.

Let’s hope Jessica inspires others and motivates the powers that be in Hollywood to continue to fight this unfair practice, which can serve as an example for other industries that are also plagued by this antiquated ideal. ~Alexa Caruso