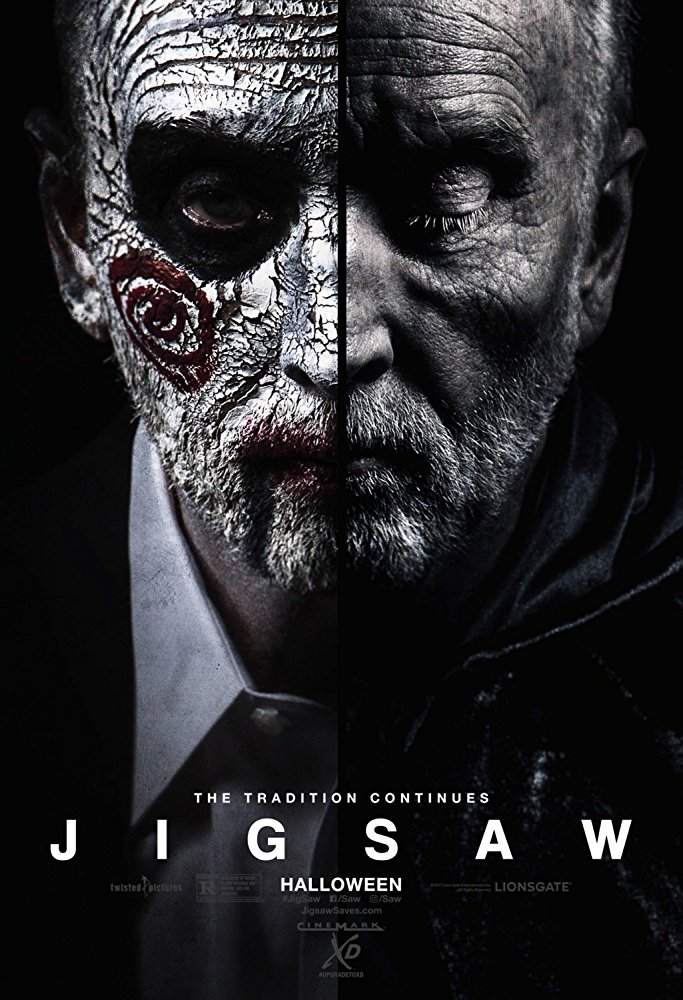 The next installment in the Saw series, Jigsaw, debuted with a vengeance to scare off the rest of the box office competition. Take a look at which films made big bucks this Halloween weekend!

Maniacal murderer John Kramer (Tobin Bell) returns in Jigsaw, which opened in the top spot at the weekend box office. Taking in $16.3 million, the scary movie satisfied horror fans’ appetites for something scary this Halloween weekend. Our users rated the film 3 out of 5 stars.

Second spot went to another festive flick: Tyler Perry’s Boo 2! A Madea Halloween, which dropped from first spot in its second week of release. The film earned an additional $10 million, making its current domestic gross $35.5 million. Our users are enjoying the mix of screams and laughs, giving the film a rating of 3.3 stars out of 5.

Dropping from second to third in its second week in theaters was the environmental thriller Geostorm. Starring Gerard Butler, the film raked in a solid $5.7 million to make its current gross $23.6 million. Moviegoers are liking the edge-of-your-seat action with our users giving the film a 3.1-star rating.

Fourth spot went to Happy Death Day. The film took in $5.1 million in its third week after dropping from third spot. With a current domestic earning of $48.3 million, the film received a 3-star rating from our users.

Rounding out the top five was Blade Runner 2049. Dropping from fourth place, the sci-fi thriller earned $4 million this weekend, making its current gross $81.4 million. Our users give the film a rating of 3.1 stars. ~Alexa Caruso