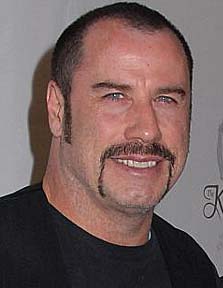 John Travolta‘s latest film, From Paris With Love, currently shooting in France, has been suspended after 10 cars that were to be used in the movie were torched. Filming began two weeks ago on the project and 90 locals, who were cast as extras, are extremely disappointed that they’ll no longer have the chance to work on the film. One of the extras, Moussba Harb, told AFP that the cancellation of the scenes was “a childhood dream slipping away.” The cause for the arson is unknown — cars are often set on fire in French housing projects when locals are angered by events — it’s possible someone may have objected to an American film being shot in their neighborhood. Investigators were also looking into rumors of an attempt to blackmail the production firm, EuropaCorp, which is owned by French director Luc Besson. Directed by Pierre Morel, the thriller stars Travolta as a U.S. secret agent on assignment in Europe and co-stars Jonathan Rhys-Meyers. Instead of shooting in the neighborhood where the arson occurred, filming has moved indoors to a studio for the remainder of the week.