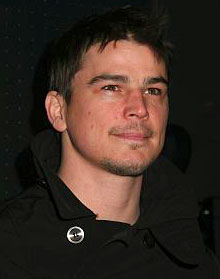 Josh Hartnett was taken to hospital early this morning following a 911 call. An ambulance picked him up at the Chateau Marmont in West Hollywood at approximately 1:00 a.m. He walked into the ambulance on his own, and did not need a stretcher. He was reportedly complaining of abdominal pain. We’ll update the story as soon as more information is forthcoming.

Update: TMZ reports that Josh was in excruciating pain because of gastrointestinal issues, which may be due to some sort of stomach virus while shooting a movie overseas.