Box Office > Jumanji: Welcome to the Jungle back on top at box office

Jumanji: Welcome to the Jungle back on top at box office 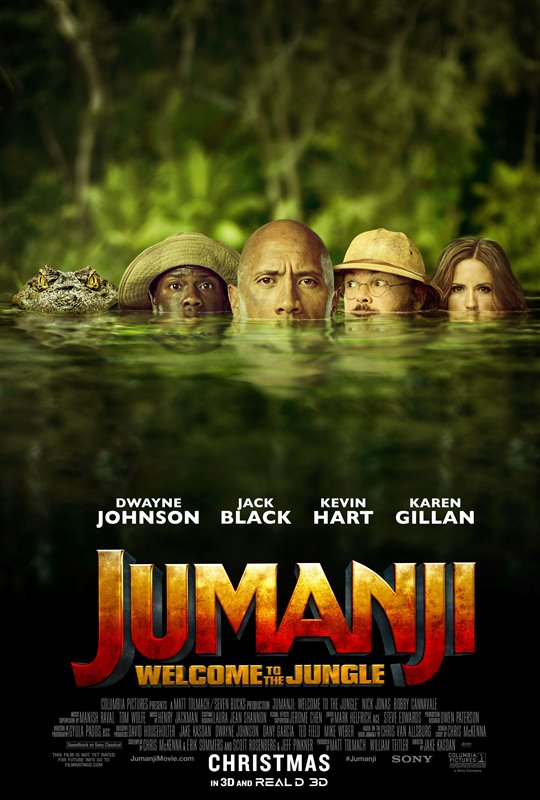 After slipping into second place last weekend, Jumanji: Welcome to the Jungle is back on top at the weekend box office.

Pushing last week’s top box office draw, Maze Runner: The Death Cure to second, Jumanji: Welcome to the Jungle  took in $10.9 million to recapture its number one spot. The popular comedy, which has a gross domestic total of $352.6 million, received a rating of 4.2 out of 5 stars from users on our site.

Maze Runner: The Death Cure dropped one spot, earning an additional $10.5 million for a domestic total of $40 million over the weekend. It has a rating of 3.6 stars from users on our site.

Winchester, starring Helen Mirren as a haunted widow, debuted at number three. The only new movie to release this weekend, it earned $9.3 million and a 2.7 star rating from our users.

Retaining fourth place was The Greatest Showman starring Hugh Jackman, taking in $7.7 million for a domestic total of $137.4 million. Our users are giving the film positive reviews, along with a rating of 4.4 out of 5 stars.

Rounding out the top five was The Post, starring Meryl Streep and Tom Hanks. It earned an additional $5.2 million for a domestic total of $67.2.5 million and has a rating of 3.9 stars from our users.