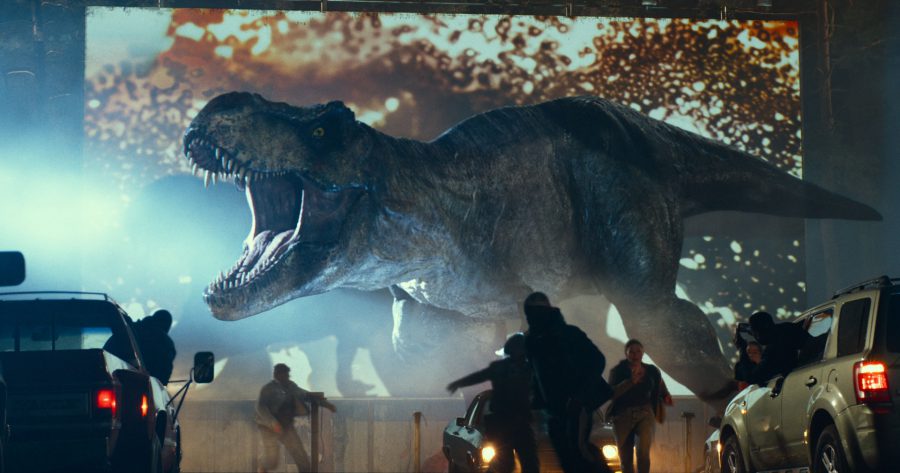 The sixth installment of the franchise,  Jurassic World Dominion, skyrocketed to the top of the box office in its opening weekend. The film returned with familiar stars Chris Pratt, Laura Dern, Sam Neill, and Jeff Goldblum, and earned a mighty $143.4 million in North American theaters.

Top Gun: Maverick dropped to second place in its third week in theaters. The Tom Cruise film brought in an additional $50 million for total earnings of $393.3 million.

Doctor Strange in the Multiverse of Madness, starring Benedict Cumberbatch, fell one spot to third place this weekend. The film earned $4.9 million in its sixth week in theaters, bringing its total domestic gross to $397.8 million.

Dropping from third to fourth spot this weekend, The Bob’s Burgers Movie earned $2.3 million for total earnings of $27.1 million.

The animated film The Bad Guys fell from fourth to fifth place this weekend. The film took in an additional $2.2 million for an eight-week total of $91.5 million. ~Megan Parsons