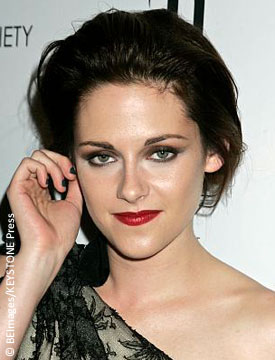 Watch out Robert Pattinson, it looks like Kristen Stewart has another celebrity admirer. James Franco has publicly defended Kristen Stewart’s acting abilities, saying her talent—and not Twilight—is the reason for her Hollywood success. In a Huffington Post article titled ‘Kristen Stewart the Queen’ released on Thursday, Franco reviewed Snow White and the Huntsman and took the opportunity to gush over KStew. “Stewart has braved more scrutiny of her private life than most presidents,” Franco wrote. “She has taken big career risks by doing films like Welcome to the Rileys, The Runaways and On The Road (nudity, I hear). She has worked her ass off.” Franco went on to refer to Stewart “beautiful” and “intelligent.” “Whatever Snow White may be, Kristen is a warrior queen,” he wrote. “Give her the crown.” One undisputed title Kristen Stewart currently owns is that of box office queen. Snow White and the Huntsman was the top movie at the box office last weekend. ~Emily Davies