Kristin Davis was driven “crazy” by her Sex and the City 2 child co-stars.  The 45-year-old actress — who reprises her role as mother-of-two Charlotte York Goldenblatt in the movie sequel — admits she didn’t need to act when showing her character’s strain at caring for two young children. She told BANG Showbiz: “I didn’t have to work myself up for those scenes. Those kids were driving me crazy!” Although Kristin, who is single in real life, struggled with some of the family scenes in the movie, she insists she is always happy to undertake whatever is asked of her by director Michael Patrick King. Speaking at the UK premiere of the movie in London’s Leicester Square last night, she added: “I would never refuse to do anything that Michael asked of me, he knows the characters so well that whatever he did would be for the good of the film.”


Kristin Davis Sex and the City 2 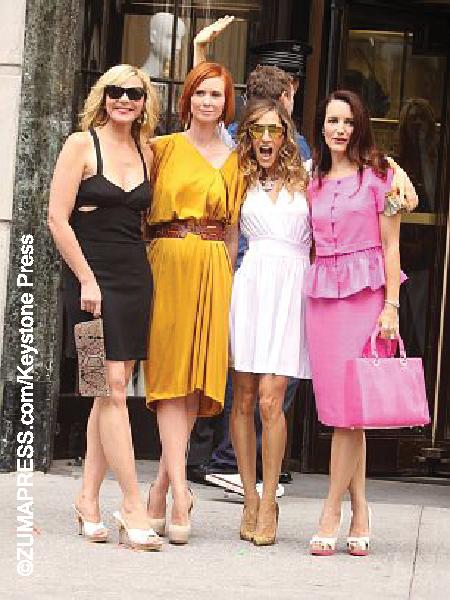 Sarah Jessica Parker hasn’t got ”witch’s hands”.The former ‘Sex and the City’ star was horrified by a recent inaccurate report claiming she’d had surgery to fix her skin, and its allegations made her feel physically ill.Speaking on US TV’s ‘Watch Wh…