Celebrity Gossip > Lindsay Lohan gets violent with her mother

Lindsay Lohan gets violent with her mother 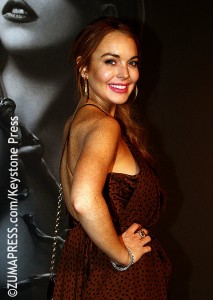 Lindsay Lohan and her mother, Dina Lohan, got caught up in a huge fight early Wednesday morning after leaving a night club in New York City. The dispute was reportedly over where Lindsay would spend the night. She wanted to stay in a hotel but Dina wanted to her to come home. A source claims the argument started in the vehicle and got physical as they approached Dina’s home, leaving Lindsay with a minor cut on her leg when a diamond bracelet was broken. According to TMZ, Dina said during the argument: “You’re dead to me.” Having received a 911 call, Nassau County police were already at the Lohan home when the limo drove up. “It was an argument between Lindsay Lohan and her mother,” said police spokeswoman Eloise Abdullah. “The police responded, and no further police action was taken.” She added, “There were no injuries and no complaints followed. There is nothing else we can do.” ~Luxy Hariharan