Celebrity Gossip > Lohan back to her old ways?

Lohan back to her old ways? 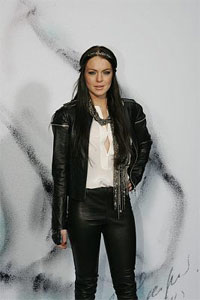 Recent photos have emerged showing Lindsay Lohan falling down and acting drunk after a party in LA. But Lohan is trying to squash these allegations by blaming it on her high heels.

The Mean Girls actress was arriving at a friend’s home in Los Angeles after a night out when she tripped and stumbled into a prickly patch of plants. Of course, the paparazzi were there to snap shots of the fallen Lohan, which hit the internet immediately.

Lohan says she tripped because of her high heels in an attempt to duck from photographers. She wrote on twitter, “Only I would get pushed into a large, sharp plant by crazy paparazzi!!! I need to start wearing more flats.”