Celebrity Gossip > Lucy Liu would love to star in a comedy

Lucy Liu would love to star in a comedy 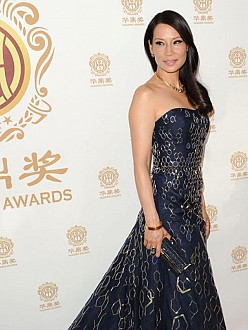 The 46-year-old actress would love to appear in more comedies and films because she loves anything that is ”completely goofy” and thinks it would be ”heaven” on a daily basis if she was starring in an hilarious program.

When asked what makes her laugh, she replied: ”Just being completely goofy. I love people who have a sense of humor. I really enjoy The Big Bang Theory, I think it’s incredible funny. And there are so many wonderful British shows, too, hysterical. Ophelia Lovibond, she was just in Elementary, I wish she could come back, but she’s doing a comedy now and I’m so jealous. I don’t know what it is. To do that every day would be heaven.”

But one thing Lucy will not be doing on a daily basis is posting on social media. The star admits she doesn’t know how people ”find the time” to share stories and images on social networking sites.

When asked how she gets on with social media, she added to Metro newspaper: ”I’m terrible. I’m a visual person so I’m much more comfortable sending pictures. It’s so hard to keep up with emails and lines and a 14-16 hour day of work. I’m not a daily Instagram or Twitter or Facebook person. I send things out when I feel like it. I don’t know how people find the time.”