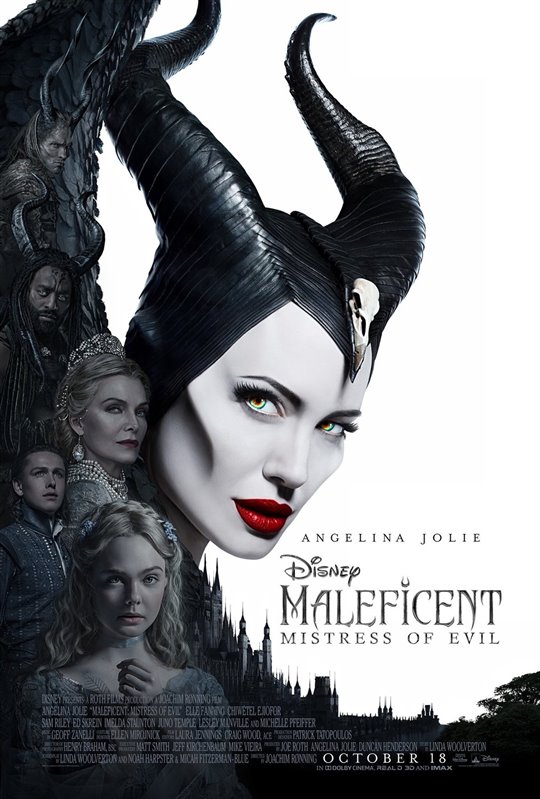 Opening in over 3,700 theatres across North America, Maleficent: Mistress of Evil, starring Angelina Jolie and Elle Fanning, is a follow-up to the 2014 hit film Maleficent. The sequel debuted to the tune of $36 million, giving Disney their seventh #1 opening film of the year.

The DC film Joker starring Joaquin Phoenix, which dropped just one spot to second place in its third weekend at the box office, earned an additional $29.2 million for a total of $247.2 million.

Dropping two spots this weekend was the animated feature The Addams Family. It earned an additional $16.1 million for a two-week total of $56.8 million.

Rounding out the top five was Gemini Man starring Will Smith, which dropped two spots from last weekend. The unique film, shot at 120 fps, brought in an additional $8.5 million for a two-week total of $36.5 million. ~May Wong