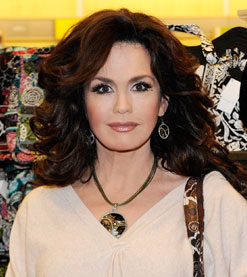 Marie Osmond is “finding solace in her faith and family” following the death of her teenage son. Michael Blosil, 18, killed himself Friday by jumping from his eighth-storey apartment in Los Angeles. He had apparently been suffering from depression, and is said to have left a suicide note detailing how detached he felt. Marie’s friend, journalist Mary Hart, has spoken of how she is coping. “My dear friend is finding solace in her faith and her family. And I find tremendous grace in her own words: ‘I really believe that it’s the lows that make us who we are. It’s not the success. It’s how we handle all that,’” Mary said on America’s The Early Show yesterday. “You can bet she has loving arms around her. The Osmonds are a very close-knit family and, in times of loss or tragedy, they support each other and really band together as a family, and in love.” Michael was one of Marie’s eight children. He was studying at Los Angeles’ Fashion Institute of Design and Merchandising at the time of his death. “He had struggled. He had been in and out of rehab. And, Marie, always looking for the silver lining, had always hoped for the best,” Hart said. “He was in excellent spirits. I’ve seen him throughout the years, but on this particular day, he and Marie were so excited about him attending the Fashion Institute of Design and Merchandising in L.A. They were upbeat, and he was very happy, and seemed to be looking toward the future.” 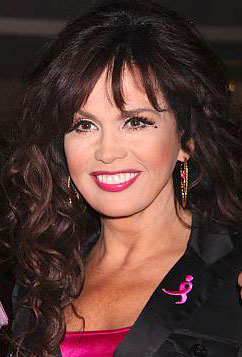 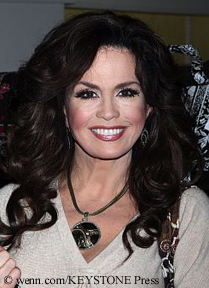