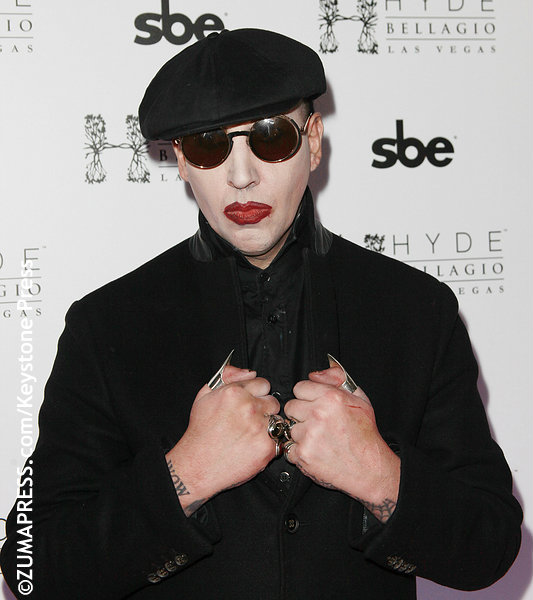 Alternative rocker Marilyn Manson was allegedly punched in the face at a Denny’s restaurant last weekend in Alberta.

Marilyn had a concert at the Enmax Centre in Lethbridge, Alberta on Saturday night and stopped by the diner after the show at around 2 a.m.

The singer supposedly got into an argument with a group of people at another table, and is accused of calling a woman a “bitch” at some point during the incident.

CTV Lethbridge reported that  eyewitnesses said the rocker was leaving the restaurant at the Sandman Inn at about 2:30 a.m. when he was punched. The altercation then carried over into the hotel lobby and outside as Marilyn’s bodyguards intervened.

Marilyn’s manager told TMZ the star was enjoying his late night meal when two girls approached him and asked for a photo. The rock star said he agreed to the photo and denies calling either woman a “bitch.”

Marilyn says a man then came out of nowhere and hit him in the face. He said his security grabbed the man, who apparently began yelling about blowing up Marilyn’s next concert. There were also reports that Marilyn’s make-up artist was elbowed in the face.

According to a Lethbridge Regional Police Services report, there was an altercation involving three people with minor injuries, but no charges have been laid and the case has been closed. Lethbridge police did not release names.

However, this case might not be closed according to TMZ, which says the 47-year old rocker and his make-up artist are still planning to press charges against the man. ~Suzanne Coolen

Courtney Love has been cast as a pre-school teacher in ‘Sons of Anarchy’.The Hole rocker will made her television debut in the seventh and final season of the FX drama series as part of what has been described as a ”pivotal story arc”.The 49-year-ol… 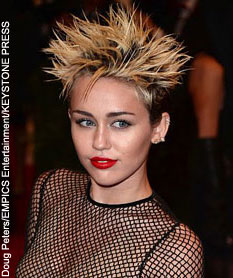 Rose McGowan’s house almost burnt down on Monday night (09.30.13).The former ‘Charmed’ actress, who is set to marry her artist boyfriend Davey Detail later this month, was not at her Los Angeles home when it almost went up in flames but her neighbor a…