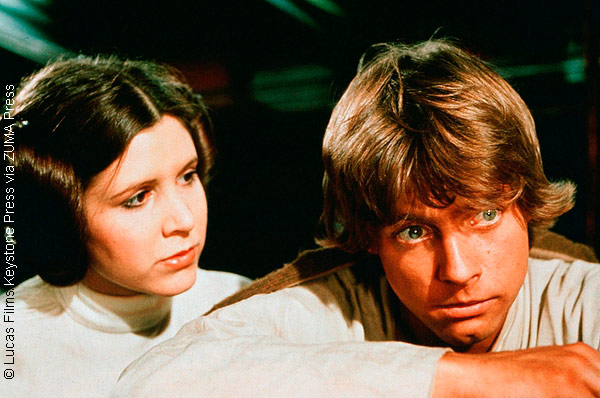 Star Wars: The Last Jedi was Carrie Fisher‘s final appearance in the franchise and it’s no surprise that Mark Hamill was asked about his longtime co-star while doing press for the film.

Mark spoke with love, saying, “She was exasperating, she used to drive me crazy like a real sister.” He added, “She could also make you feel like the most important person in the world.”

Mark’s final note on working with Carrie was both touching and a little heartbreaking. He admitted, “I had a crush on her that lasted from the time she was 19 until we finished making The Last Jedi, it never went away.”

Carrie, who died nearly a year ago on Dec. 27, 2016, after suffering a severe heart attack on a flight to Los Angeles from England, had completed filming for Star Wars: The Last Jedi before her death. The film is dedicated to her memory.

Mark has never been shy about his admiration for his film sister and during this year’s Star Wars Celebration in Orlando, he hosted “Mark Hamill’s Tribute to Carrie Fisher,” during which he remembered the iconic princess.

You can watch Mark and Carrie work together for the last time in Star Wars: The Last Jedi, now playing in theaters. ~ Hayley Michaud