ALL THEATRES ARE CLOSED UNTIL FURTHER NOTICE, DUE TO COVID-19.
News > Mel Gibson ‘works on himself’

Mel Gibson ‘works on himself’ 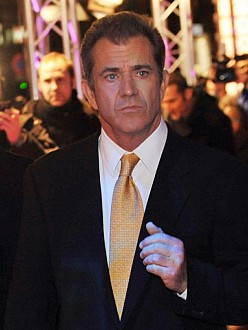 Mel Gibson has ''worked on himself'' since making anti-Semitic remarks. The Beaver actor feels frustrated that comments he allegedly made when being arrested in 2006 after often referred back to because he has ''dealt with'' the incident and moved on. He said: ''It's behind me; it's an eight-year-old story. It keeps coming up like a rerun, but I've dealt with it and I've dealt with it responsibly and I've worked on myself for anything I am culpable for. All the necessary mea culpas have been made copious times, so for this question to keep coming up, it's kind of like ... I'm sorry they feel that way, but I've done what I need to do.'' Despite his lengthy career, the 58-year-old star insists he has never had a ''plan'' for his professional path. He told the Hollywood Reporter: ''I never did really have a master plan. I just do what's in front of me and what interests me at the time. There are ideas everywhere and they come literally from everywhere and that's good. But there are no new ideas, ever. The only thing you can do that is different is to execute the idea differently.''