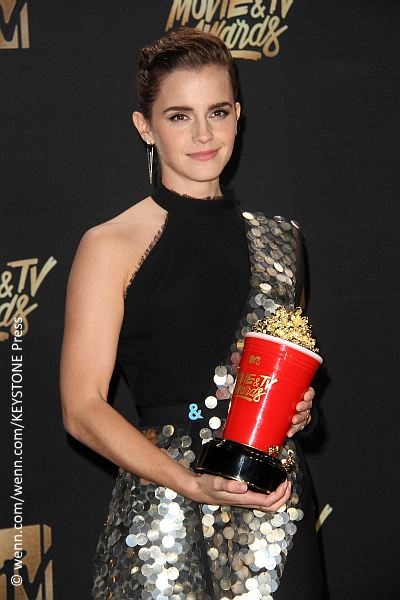 MTV did something very different this year than it has in the past. It recognized television shows in the same categories as movies for the first time.

Another change the award show went through this year was the introduction of gender-neutral awards in its acting categories. This is something other awards shows such as the Emmys, Oscars and Golden Globes have failed to include in their programs.

The very popular racing franchise Fast and Furious was the recipient of the MTV Generation award. This marks the first year the award wasn’t received by an actor/actress.

Jordan Peele’s hit thriller Get Out led all nominations going into the fan-voted awards ceremony, but it was Beauty and the Beast that took home Movie of the Year.

The star of the film, Emma Watson, won the first ever gender-neutral award for Best Actor in a Movie. Everyone’s favorite Netflix series Stranger Things took home the award for best Show of the Year.

The show also revealed exclusive clips and trailers for films such as Spider-man: Homecoming, Wonder Woman and the remake of the film It.

Check out the full list of winners below. ~Brenden Zerihun

Movie of the Year:
Winner: Beauty and the Beast
Get Out
Logan
Rogue One: A Star Wars Story
The Edge of Seventeen

Show of the Year:
Winner: Stranger Things
This Is Us
Atlanta
Game of Thrones
Insecure
Pretty Little Liars

Best Documentary:
Winner: 13th
I Am Not Your Negro
O.J.: Made in America
This Is Everything: Gigi Gorgeous
TIME: The Kalief Browder Story

Tearjerker:
Winner: This Is Us (Jack and Randall at karate)
Game of Thrones (Hodor’s death)
Grey’s Anatomy (Meredith tells her children about Derek’s death)
Me Before You (Will tells Louisa he can’t stay with her)
Moonlight (Paula tells Chiron that she loves him)

Best Musical Moment:
Winner: “You’re the One That I Want” — ensemble, Grease: Live
“Beauty and the Beast” — Ariana Grande and John Legend, Beauty and the Beast
“Can’t Stop the Feeling!” — Justin Timberlake, Trolls
“How Far I’ll Go” — Auli’i Cravalho, Moana
“City of Stars” — Ryan Gosling and Emma Stone, La La Land
“You Can’t Stop the Beat” — ensemble, Hairspray Live!
“Be That as It May” — Herizen Guardiola, The Get Down