New movies in theaters – Belfast and more to watch! 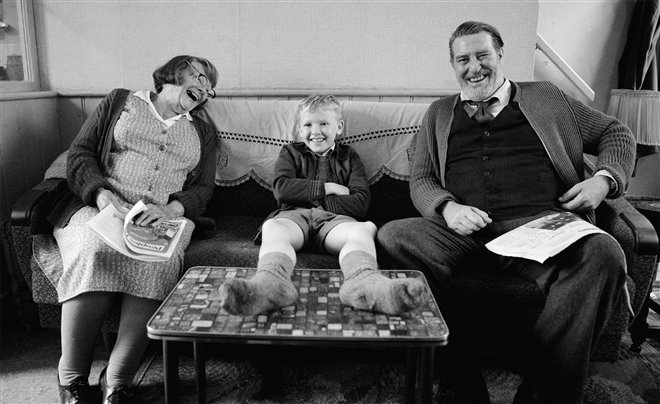 After having big titles released weekly the past month, the rollout of films has slowed down this weekend. Belfast hits theaters this weekend, along with a couple of limited releases, including the Lin-Manuel Miranda directed musical drama film Tick, Tick… Boom! starring Andrew Garfield. Check out the trailers below to decide what watch this weekend! ~Sean Olegario

Belfast – Set in late 1960s Northern Ireland, Billy (Jude Hill) is a young boy from a working-class family. They try their best to live through “The Troubles,” with violence erupting all around them. In order to protect his family and escape the conflict, Billy’s father (Jamie Dornan) looks to move his family elsewhere. With an ill grandfather, and a mother reluctant to leave Belfast despite the dangers, Billy struggles to understand what’s best for the family, as what they all want at the end of the day is each other. Click here for showtimes.

tick, tick… BOOM! – Pulitzer Prize and Tony Award-winner Lin-Manuel Miranda makes his feature directorial debut with tick, tick…BOOM!, an adaptation of the autobiographical musical by Jonathan Larson, who revolutionized theater as the creator of Rent. The film follows Jon (Andrew Garfield), a young theater composer who’s waiting tables at a New York City diner in 1990 while writing what he hopes will be the next great American musical. With the clock ticking, Jon is at a crossroads and faces the question everyone must reckon with: What are we meant to do with the time we have? Playing in select cities. Click here for showtimes.

Pinkfong & Baby Shark’s Space Adventure – Pinkfong and Baby Shark are joined by new friends from other planets as they explore outer space and search for missing star pieces to return home. Playing Nov 13, 14, 20 & 21 only in select cities. Click here for showtimes.