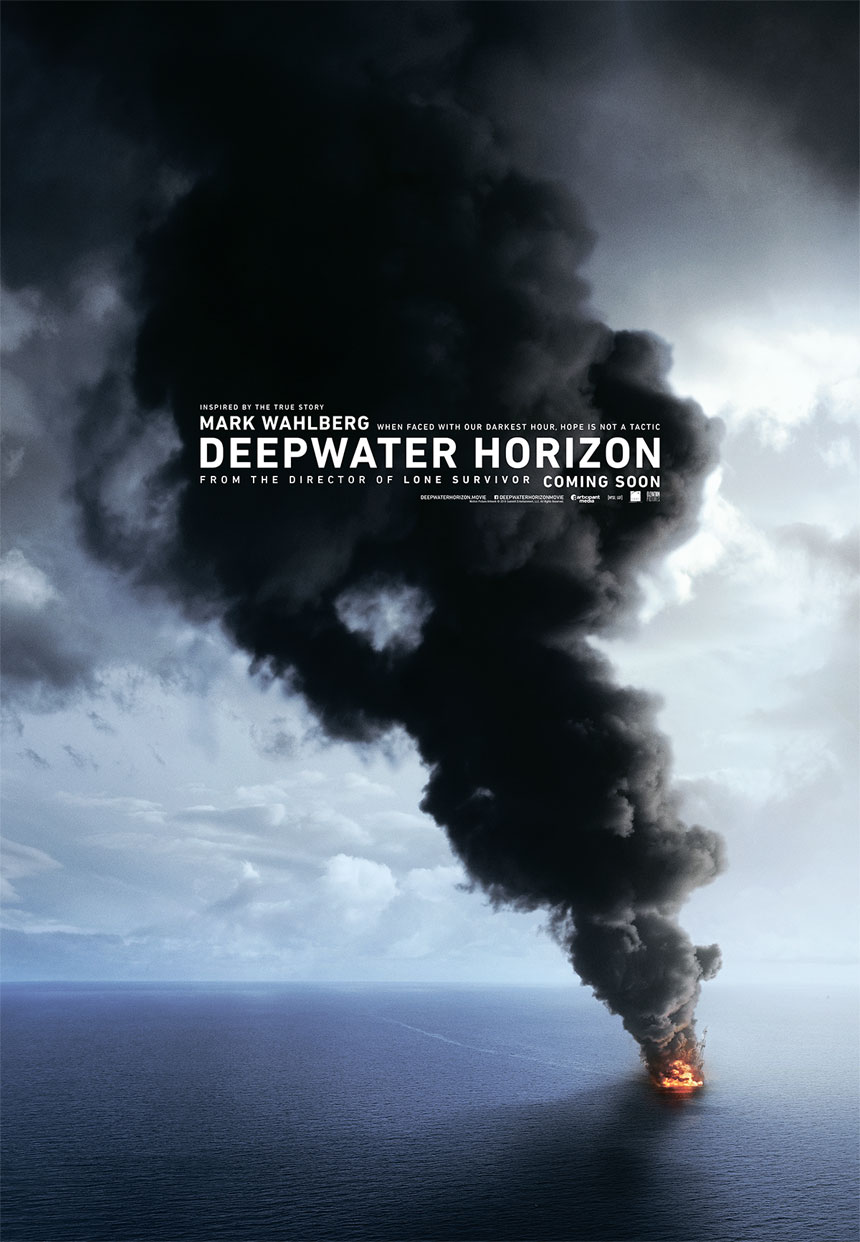 Certain movies have a way of moving you, changing your perspective on life and opening your eyes to new issues or stories. Three of this weekend’s new releases do just that, and are based on remarkable true stories of ordinary individuals placed in extraordinary circumstances.

Dive into the emotional and thrilling true story of the Deepwater Horizon oil rig explosion with Mark Wahlberg and Kate Hudson. Check out our coverage of the film during TIFF 2016 here. Follow the Queen of Katwe as she becomes a chess master while overcoming the struggles of living in the poverty-stricken slums of rural Uganda. Prepare for a unique and hilarious adventure in Masterminds as Zach Galifianakis and Kristen Wiig play two robbers who pull off an armored car heist. ~Emily Hatfield

Deepwater Horizon – In the Gulf of Mexico on April 20, 2010, the Deepwater Horizon exploded, creating the worst oil spill in American history. Starring Mark Wahlberg as an engineer and Kate Hudson as his wife, this film recounts the extreme moments of bravery and survival in the face of what would become one of the biggest man-made disasters in world history. Click here for showtimes.
Trailer: Deepwater Horizon

Miss Peregrine’s Home for Peculiar Children – A young man named Jacob (Asa Butterfield) visits a majestic home where he meets a group of peculiar children and their intriguing caretaker, Miss Peregrine (Eva Green). Jacob learns about a dangerous threat to the children and that he has more in common with them than he originally thought. Based on the novel by Ransom Riggs. Click here for showtimes.
Trailer: Miss Peregrine’s Home for Peculiar Children

Queen of Katwe – Phiona Mutesi (Madina Nalwanga) lives in the poverty-stricken slums of rural Uganda. When she meets a missionary named Robert Katende (David Oyelowo), he teaches her the art of chess. Robert soon realizes that Phiona has a special gift. Based on a true story, and on the book The Queen of Katwe: A Story of Life, Chess, and One Extraordinary Girl’s Dream of Becoming a Grandmaster by Tim Crothers. Click here for showtimes.
Trailer: The Queen Of Katwe

Masterminds – David Ghantt (Zach Galifianakis) is an armored vehicle guard who meets the impulsive Kelly (Kristen Wiig). She lures him into executing a $17 million heist for both herself and her group of double-crossing, half-brained criminals. They betray David and take off with the cash and frame him to take the fall. David is forced to go on the lam, dodge authorities and try to pin the scheme back on his manipulative comrades. Based on a true story (believe it or not). Click here for showtimes.
Trailer: Masterminds

Imperium – Young, idealistic FBI agent Nate Foster (Daniel Radcliffe) is persuaded by his superior (Toni Collette) to go undercover and join a radical right-wing white supremacist group. After Nate infiltrates the group, the FBI discovers the white supremacists are planning a huge terrorist plot that will endanger the lives of thousands. Meanwhile, Nate is disturbed by what he hears and witnesses within the group of fanatics and becomes fearful for his life as the members grow suspicious of him. Opening in Toronto and Medicine Hat. Click here for showtimes.
Trailer: Imperium

Milton’s Secret – Milton Adams (William Ainscough) is a 12 year-old boy growing up in an economically and socially unpredictable world. His mother (Mia Kirshner) and father (David Sutcliffe) are workaholics with marital and financial problems, and he is bullied at school. However, when his grandfather (Donald Sutherland) visits, Milton learns an important truth from him. Going over things from the past and worrying about the future stand in the way of him finding true happiness in the here and now. This is a limited release. Click here for showtimes.
Trailer: Milton’s Secret

Bazodee – Anita Ponchouri (Natalie Perera) is the daughter of a businessman (Kabir Bedi) who’s in debt. In attempt to save her family, she marries a wealthy Londoner (Staz Nair). But when she meets a local Trinidadian singer by the name of Lee de Leon (Machel Montano), she begins rethinking her life’s course. Unable to deny their mutual attraction, Anita must make the difficult decision between the answer to her family’s financial prayers and the possibility of true love. In select cities. Click here for showtimes.
Trailer: Bazodee

I Belonged To You – Based on the bestselling series of short stories by renowned Chinese writer Zhang Jiajia, this romantic drama follows two DJs whose love for each other is reflected in their music and the audiences they reach. Mandarin w/ Chinese & English subtitles. In select cities. Click here for showtimes.
Trailer: I Belonged To You

M.S. Dhoni: The Untold Story – Torn between the decision to keep his job as a train station ticket collector or to pursue his dream of being a successful cricket player, M.S. Dhoni (Sushant Singh Rajput) has to make a difficult decision that will decide the fate of the rest of his life. Based on the life of Indian cricketer and current captain of the Indian national cricket team, Mahendra Singh Dhoni. In select cities. Click here for showtimes.
Trailer: M.S. Dhoni: The Untold Story

Nikka Zaildar – Nikka is a village boy studying at college who comes from a well-known family in the neighboring area. He meets and falls in love with a beautiful girl named Manraj. Manraj happens to have an older sister. When Nikka tells Manraj’s grandmother that he’s in love, he fails to tell her with which sister. When “granny” begins to plan a wedding between Nikka and Manraj’s elder sister, Nikka must figure out of a way out of the situation and be with the only he truly loves. Punjabi w/ English subtitles. In select cities. Click here for showtimes.
Trailer:  Nikka Zaildar

Odd Job – Jacques, a broke and unemployed factory worker lives in a small town where most people are struggling with poverty after a crashing stock market. He’s desperate for both work and money, and when his old boss suggests that he take a job as a hit man in order to make ends meet, he accepts. His first target may shock you. French w/ English subtitles. In select cities. Click here for showtimes.
Trailer: Odd Job

Operation Avalanche – In 1967, at the height of the Cold War: Russia and the United States are racing to be the first to put a man on the moon. Two young agents from the CIA plan to expose a suspected Russian spy who has infiltrated the inner circle of NASA in an attempt to sabotage the Apollo Program.They go undercover as filmmakers tasked with documenting the nation’s journey from the earth to the moon. These agents uncover a conspiracy far more shocking than Soviet spies. The government is hiding a dark secret about Apollo, and the White House will stop at nothing to silence those who discover it. In select cities. Click here for showtimes.
Trailer: Operation Avalanche

Operation Mekong – Inspired by the true story of the Mekong Massacre, a band of elite narcotics officers, led by Captain Gao Gang (Zhang Hanyu), are sent to the waters of the Golden Triangle to uncover the truth behind the gruesome execution of 13 sailors, and the 900,000 methamphetamine pills left behind. Mandarin w/ English subtitles. In select cities. Click here for showtimes.
Trailer: Operation Mekong 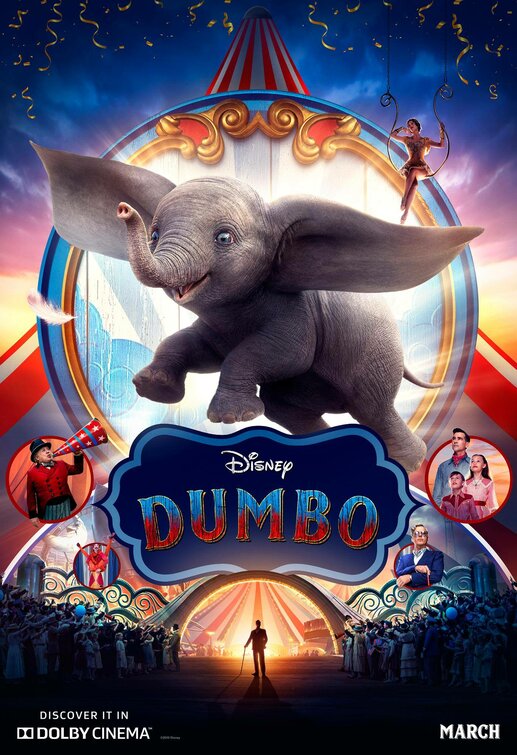 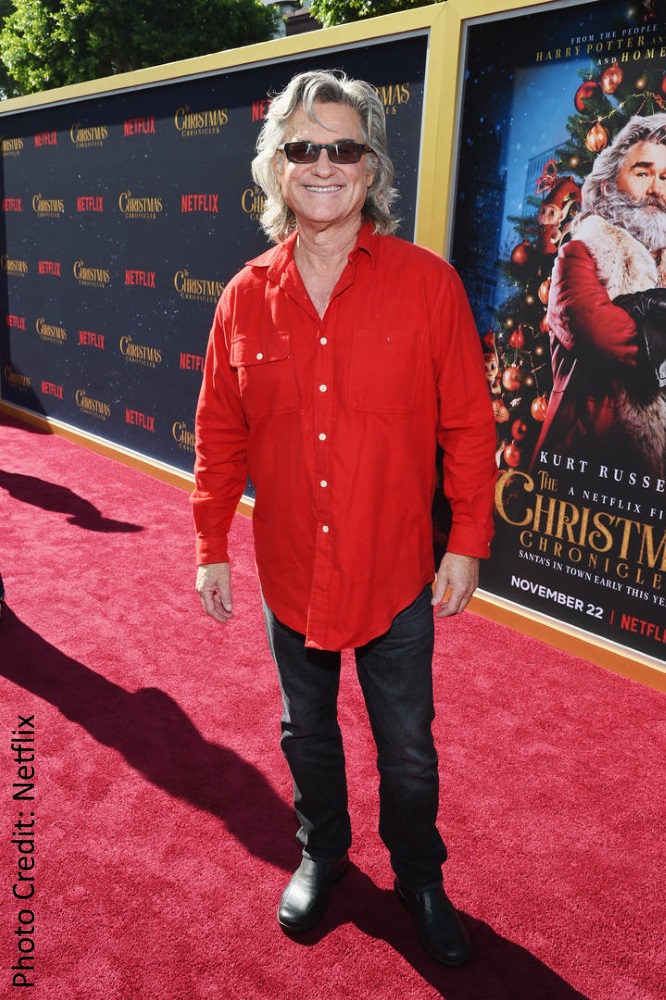 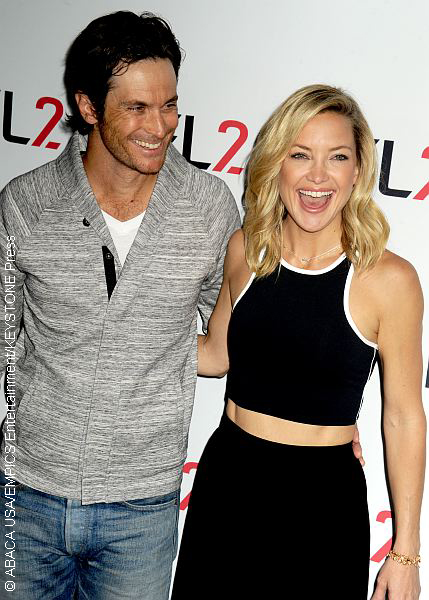 Kate and Oliver Hudson’s father files a restraining order against an ex-business partner after receiving threats to him and his children. Click to read more.