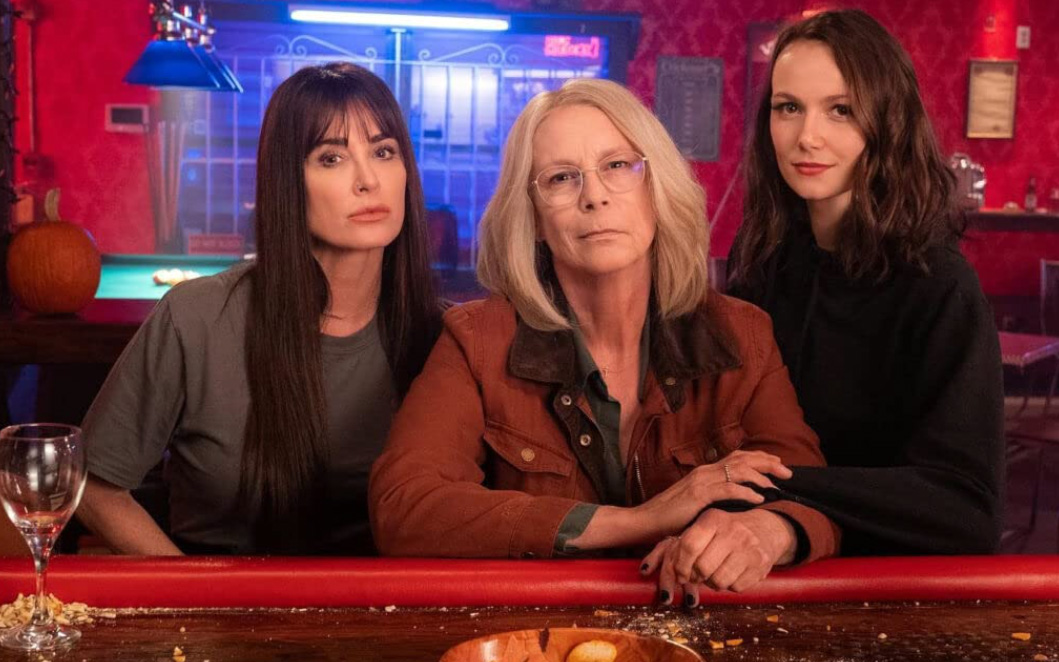 Halloween Ends, the final movie in the trilogy starring Jamie Lee Curtis, debuts in theaters across Canada. Other movies opening in select cities include Tár, starring Cate Blanchett, who won Best Actress at the Venice Film Festival for her work in the film. Check out all the new films below and watch the trailers to help decide what you’d like to see this weekend. ~Alexandra Heilbron

Halloween Ends – Laurie Strode (Jamie Lee Curtis) is working on her memoir after the events of Halloween Kills. Despite Michael Myers’ four-year disappearance, he still haunts Laurie in the aftermath of his decades-long attacks. She attempts to heal, but when Corey Cunningham (Rohan Campbell) becomes the prime suspect in the murder of the boy he was babysitting, Laurie is unable to distance herself from Michael Myers. Click here for showtimes.

Tár – Lydia Tár (Cate Blanchett), the groundbreaking conductor of a major German Orchestra, is at the height of her career as she’s preparing both a book launch and much-anticipated live performance of Mahler’s Fifth Symphony. Over the ensuing weeks her life begins to unravel in an unusual way. Playing in Toronto; opens in Vancouver and Montreal on October 21 and nationwide October 28. Click here for showtimes.

Stars at Noon – In 1948, a young American journalist (Margaret Qualley) stranded in Nicaragua falls in love with an elusive Englishman (Joe Alwyn), who appears to be her only way out. However, they become entangled in a hazardous web of lies and intrigues, forcing them to flee the country. Playing in Toronto, Ottawa and Edmonton. Click here for showtimes.

All Quiet on the Western Front – Paul, a young German soldier on the Western Front of WWI and his comrades experience first-hand how the initial euphoria of war turns into desperation and fear as they fight for their lives in the trenches. Playing in Toronto and Vancouver; opens in additional cities October 21 before premiering on Netflix October 28. Click here for showtimes.

We’re All in This Together – The members of the Parker family have had their fair share of complications. When matriarch Kate Parker miraculously survives plummeting over a waterfall in a barrel — a feat captured on a video that goes viral — the dysfunctional Parkers have to do something they never thought possible: act like a real family. Playing in Toronto and Vancouver. Click here for showtimes.