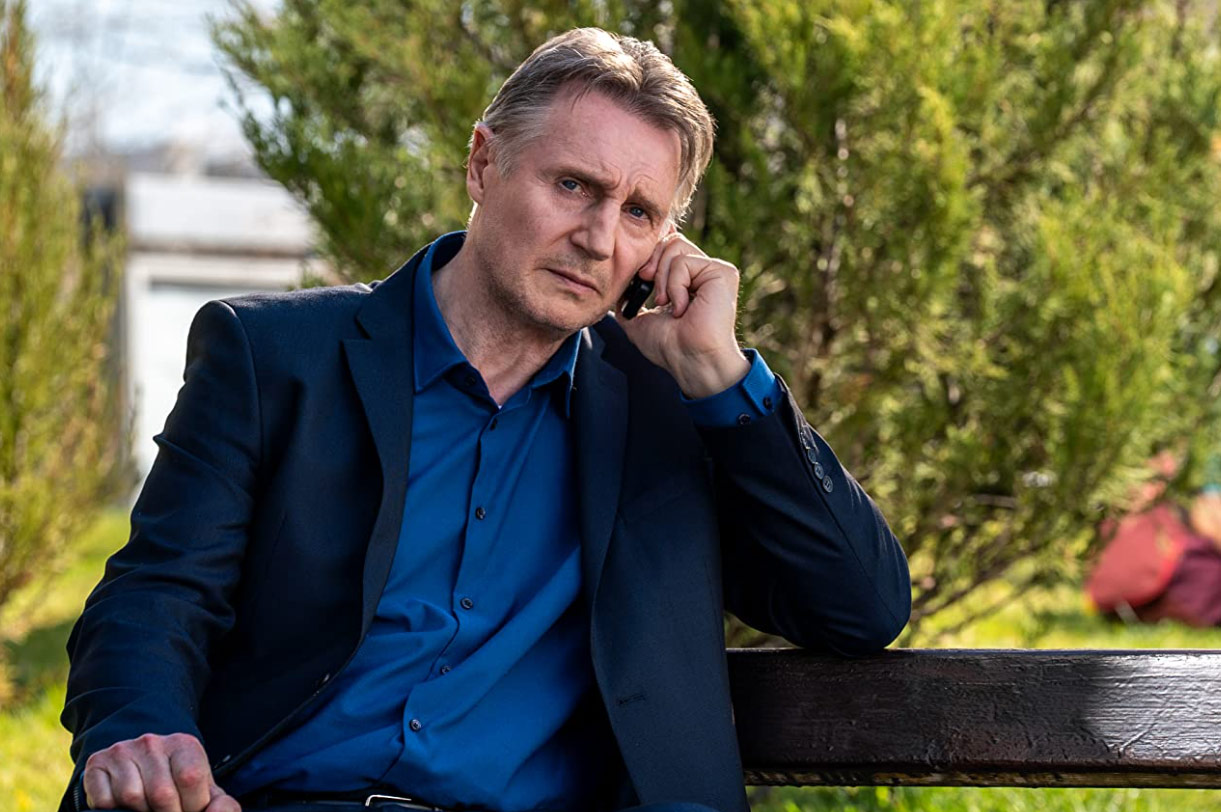 The widest release opening this weekend is the crime thriller Memory, starring Liam Neeson as an assassin who wants to get out of the business. Check out all the movies releasing this weekend below and watch the trailers to decide what you want to see. ~Alexandra Heilbron

Memory – Assassin-for-hire Alex Lewis (Liam Neeson) has Alzheimer’s disease and is slowly losing his memory. Although he wants to quit the business, his Mexico City contact refuses to hear it. He gives Lewis a huge amount of cash to kill two people. When Lewis discovers his second target is an orphaned 13-year-old girl, he refuses to kill her and in doing so, becomes a target himself. Click here for showtimes.

Pompo the Cinephile – Pompo is a talented producer in “Nyallywood,” the movie-making capital of the world. Although she’s known for B-movies, one day Pompo tells her movie-loving but apprehensive assistant Gene that he will direct her next script: a delicate drama about a tormented artistic genius, starring the legendary and Brando-esque actor Martin Braddock. But when the production heads towards chaos, can Gene succeed as a first-time director? Click here for showtimes.

The Lady of Heaven – The heart-wrenching journey of Lady Fatima, the daughter of Prophet Muhammad. Separated by 1400 years, an Iraqi child, in the midst of a war-torn country at the hands of ISIS, learns the importance and power of patience. After losing his mother, the child finds himself in a new home, where a loving grandmother narrates the historical story of The Lady and her suffering. Opens in select cities. Click here for showtimes.

Eiffel – Having just finished his collaboration on the Statue of Liberty, celebrated engineer Gustave Eiffel is on top of the world. Now, the French government is pressuring him to design something spectacular for the 1889 Paris World Fair, but Eiffel simply wants to design the subway. Suddenly, everything changes when Eiffel crosses paths with a mysterious woman from his past. Their long-lost, forbidden passion inspires him to change the Paris skyline forever. Opening in Toronto, Vancouver, Victoria and Montreal. Click here for showtimes.

Dual – Upon receiving a terminal diagnosis, Sarah (Karen Gillan) opts for a cloning procedure to ease her loss on her friends and family. When she makes a sudden and miraculous recovery, her attempts to have her clone decommissioned fail and lead to a court-mandated duel to the death. Now she has one year to train her body and mind for the fight of her life. Opening in Toronto, Ottawa and Kitchener. Click here for showtimes.

Firebird – At an Air Force base in occupied Estonia during late 1970s Communist rule, Sergey (Tom Prior), a soulful young soldier, is counting the days until his military service ends. His life turns upside down when he locks eyes with Roman (Oleg Zagorodnii), a sexy, enigmatic ace fighter pilot, newly assigned to his base. Driven by their undeniable attraction, Sergey and Roman navigate the precarious line between love and friendship at a time when Soviet men in uniform caught having a sexual affair was met with the severest punishment. Opening in Toronto. Click here for showtimes.

Quickening – Sheila, a young Pakistani-born woman, is a newcomer to Canada. She’s studying performing arts in her first year at university and although she’s struggling to impress her teachers, at the same time she’s discovering herself, which is causing conflict with her parents. Opening in Toronto. Click here for showtimes.