ALL THEATRES ARE CLOSED UNTIL FURTHER NOTICE, DUE TO COVID-19.
Box Office > New movies in theaters – Men in Black: International, Shaft 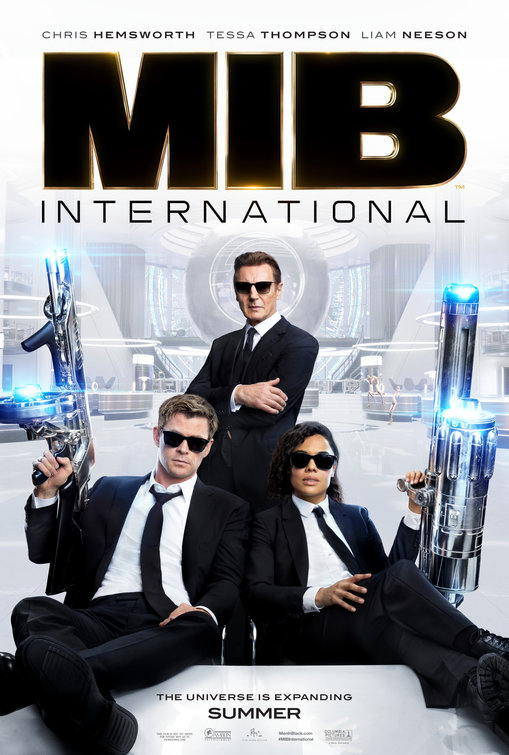 Men in Black: International – Encountering an alien as a young child, Molly (Tessa Thompson) spends her whole life looking for the Men in Black. When she finally finds them 20 years later she leaves enough of an impression to be recruited on a probationary basis. Her first assignment is to help out the London office as they tackle the threat of an alien species known as The Hive. Click here for showtimes.
Trailer: Men in Black: International

Shaft – When his best friend dies under mysterious circumstances, John Shaft Jr. (Jessie T. Usher) must turn to his father John Shaft II (Samuel L. Jackson) to help uncover the truth. But when the heat is turned up on them, the case grows into a larger family affair as they recruit John Shaft Sr. (Richard Roundtree). Click here for showtimes and click here to watch our interview with Jessie T. Usher.
Trailer: Shaft

The Dead Don’t Die – When three local police officers in the small town of Centreville investigate a pair of gruesome murders at a diner, one of them suspects zombies. As difficult as it is to believe, they soon have to face that reality when a zombie horde rises from the grave to descend on the town — leaving them, plus a katana-wielding mortician, to do battle with the zombies. Opening in select theaters. Click here for showtimes.
Trailer: The Dead Don’t Die